SAN FRANCISCO, CA -- It's been nearly a year since the recall of the popular Fitbit Force activity tracker after thousands of users broke out in a rash, but the problem remains. 7 On Your Side was first to investigate this mysterious outbreak. Here is the latest development.

Fitbit promised new products that would be safe to wear, but three new Fitbit trackers came out over the holidays and already, users report they are causing rashes. Now many want to know why this keeps happening.

"It reminds me that I need to get up from my desk," customer Laura Evans said.

Evans and all her co-workers just got the new Fitbit Charge as a holiday gift. Now when they go for walks, Fitbit counts their steps, encouraging some friendly competition to get in more steps than others.

Fitbit motivates her to move, however it also gives her an annoying rash.

"The itching really bothers me. I just want to scratch it. It's this constant [itch]," Evans said.

One of her co-workers also got a rash and they are not alone.

Sharp got a rash wearing the old Fitbit Force so she tried the new Fitbit Charge, but it gave her a rash too. She posted a photo on the Fitbit website.

"They said, 'Oh, we're so sorry that this has happened to you again.' They said if you need any doctors to let them know,'" Sharp said.

"I kind of expected this rash to have cleared up by now and it's not," Fitbit user Greg Poe said.

Poe showed 7 On Your Side photos of his irritation after wearing the Fitbit Surge, released just last month. He took it off, but the rash didn't go away.

Fitbit CEO James Park did not agree to an interview, but in a statement says the new trackers are safe. They use less nickel and no adhesives that will contact the skin. The two culprits, it believes, caused rashes with the old Force. And Park says the number of customers reporting rashes with the new products is negligible.

However, 7 On Your Side discovered more than 200 cases on social media.

Lori Ann tweeted: "Any of you Fitbit users have a red burning rash while using the Charge HR? Because I do."

Johann says he got a rash from the new Surge and said, "Seems like the Force has awakened. Not cool, guys."

And another Fitbit user said, "Fitbit tried but didn't succeed. My Charge has given me a nasty rash!"

Fitbit says rashes can happen with any tracker. A check of three brands -- Nike, Jawbone and Garmin - did find some rash reports, most from nickel allergies, however, none as widespread as the Fitbit cases.

"Fitbit promised they would be a rash-free company and that's not what we're really seeing here," Yahoo tech writer Alyssa Bereznak said.

She thought reports of Fitbit rashes were overblown, until she was assigned to review the Fitbit Charge. Bereznak told 7 On Your Side, "After I started wearing it for about two or three days, I developed a rash underneath it and I was just so floored!"

She posted photos of her wrist with her story and told Fitbit about her rash.

"They were not willing to really take the blame for the red, itchy rash on my arm," Bereznak said.

Fitbit did include a warning with the new trackers. In tiny print it says: "This device may cause skin irritation. If you notice any signs of skin redness, swelling, itchiness or other irritation... discontinue use."

In a statement, Fitbit said the latest rashes are "likely from wearing the band too tight, or sweat, water or soap... under the device."

However, users we talked to said they did keep it loose and clean.

"And yet I experienced the irritation," Bereznak added.

7 On Your Side is still digging for answers as to what could be the cause of the rashes. We obtained documents Fitbit filed with the Consumer Product Safety Commission about the Force outbreak. We got 802 pages and almost all of them were blank. The government said Fitbit has a right to block trade secrets.

That leaves customers to wonder.

"Why do I have a rash, is there something bad for me in here? I like... I have no idea," Evans said.

7 On Your Side is still trying to obtain Fitbit's lab results about what is in the trackers. And 14 Fitbit Force users are jointly filing suit against the company, seeking answers too. Now following our stories, the Consumer Product Safety Commission wants to investigate the rash reports we told you about in this report. If you've had a skin irritation from a tracker, let me know about it. 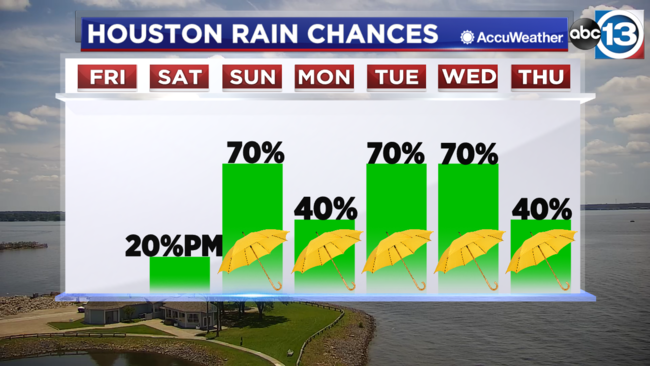