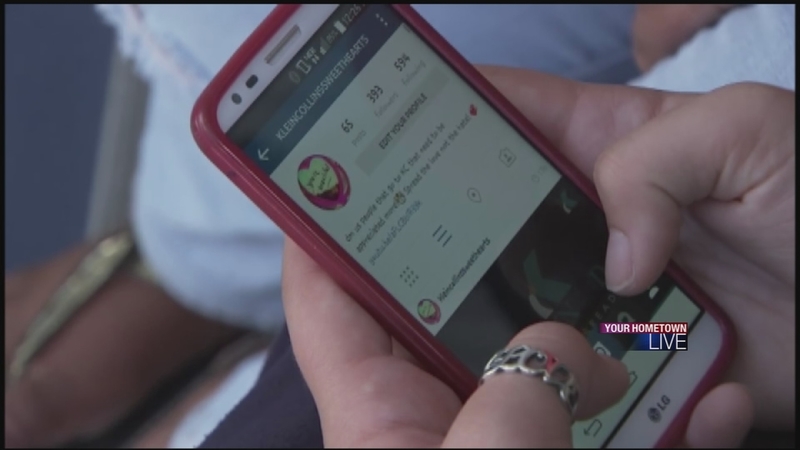 HOUSTON (KTRK) -- Phones are not usually allowed in school but on Monday, we bent the rules that Klein Collins high school has for a good reason.

Student Kailyn Wallace says she has been bullied before,

After that happened, Kailyn Wallace was tagged on Instagram. Someone wrote, "You're beautiful... What those people said about you wasn't right!

Wallace says she thought, "It was really sweet and kind."

Other students were featured on Klein Collins Sweethearts Instagram page. They were celebrated with positive comments to spread love and not hate.

But for a while, nobody knew who was behind the positive grams.

Student George Kelly said, "People are so mean. They don't care what they say these days whatever comes out of their mouth, whether it hurts people or not and for her to take the time out to do that, it means so much."

Claire Kouns, 16, decided to reveal herself.

She said, "It makes me pretty happy to know people are happy from something I'm saying."

Kouns was also ridiculed for having a speech impediment because of her hearing loss.

She thinks positivity can go a long way.

Kouns described her thinking, "Maybe those people that were picking on me were going through a hard time and they're just letting it out on me and if you say something positive back to them, then maybe they'll stop."