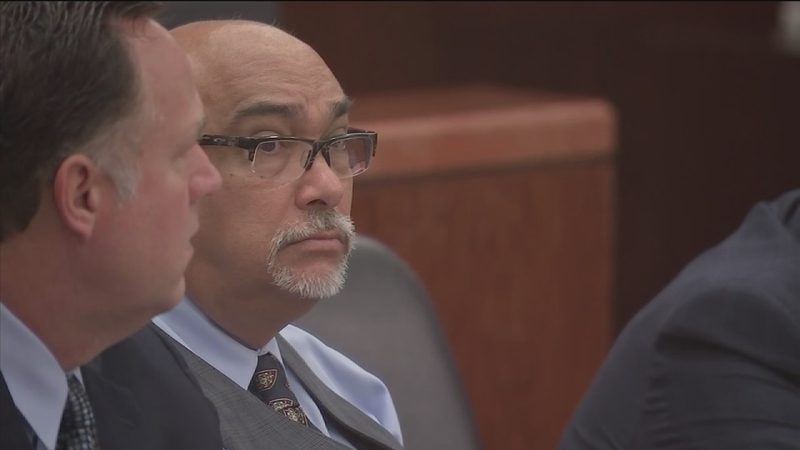 HOUSTON (KTRK) -- Parents are furious about the sentence for a Sharpstown teacher who was charged with molesting young boys. They don't believe he got what he deserved, after pleading guilty to charges of indecency.

The sentence was a devastating blow for the prosecution, the victims and their families. They were asking for 15 years behind bars for Ysidoro Rosales Motola, but what he was sentenced to left the students devastated and in tears.

For more than five hours, student after student told Judge Kristin Guiney about their uncomfortable encounters with their teacher Rosales.
Prosecutor Jane Waters said, "They put their heart out there they did the right thing they stood up for themselves."

Every single male student -- 9 total -- told the courtroom yesterday their Sharpstown high school Spanish teacher touched their genitals, most over their clothes, but in one case it went as far as the teacher putting his hands down the inside of their pants. But despite their valiant confessions -- and a teacher who readily admitted his guilt -- today Judge Guiney sentenced the former school instructor to deferred adjudication, a form of probation.

Waters said, "We are very disappointed in the judge's decision."

Defense attorney Chris Tritico said, "When you look at the entire case this was an appropriate sentence."

Tritico says having to register as a sex offender for the rest of his life is punishment enough. He said, "They keep a tight rein on people that are sex offenders and that's the protection to the public."

According to the prosecutor, allegations of the sexual abuse first came to light when Rosales was a teacher at Westbury High. He was then transferred to Sharpstown where authorities say he continued the abuse.

Rosales said outside of court, "I did all that I was supposed to do."

Rosales had little to say to us when he walked out of the courthouse. Many are still arguing he should be walking to jail instead.
Waters said, "We are very, very, disappointed in the verdict."

Before the sentencing, Rosales wrote a letter to the judge expressing just how sorry he was for committing these crimes. We asked if we could get a copy of the letter, but the judge denied our request.