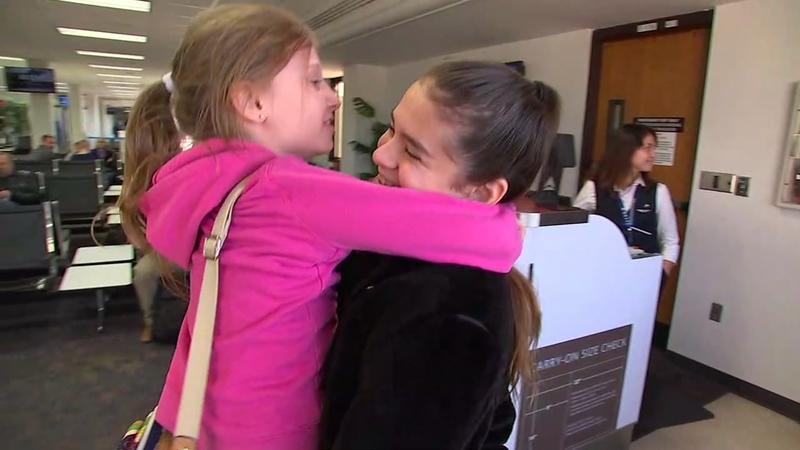 Sisters get joyful reunion for holidays

FAYETTEVILLE, North Carolina -- As many families get ready to gather for their Thanksgiving celebrations, a fifth-grade teacher in Robeson County is adopting a former student and reuniting the girl with her sister who she hasn't seen in months.

For most children, their Christmas list consists of new phones, gadgets, you know, the usual. But Neveah Felder has only wanted to see her sister, Cali Herrera.

Both girls have had it rough. They were taken from their mother after years of abuse and neglect. Neveah's fifth-grade teacher lived up to her name and gave her heaven on earth: a brand new room and a brand new family.

"She was a much different child and I don't know how it happened but, she's mine," said Angel Musselwhite.

While Neveah was adopted, her sister was sent to Wisconsin to live with other family members after Cali's paternal father died during the holidays last year.

"She always been like, mine so it's been kind of hard," said Neveah, who practically raised her little sister.

After what seemed like hours of waiting inside the Fayetteville Regional Airport, the greatest Christmas gift arrived and the two sisters were reunited.

"Happy and excited. Because I haven't seen her in a long time and I really missed her but I'm glad I still had fun with her, and I'm really glad I'm here with her," said Cali.

The girls left the airport to open early Christmas gifts but Cali has just one more request for Santa.

"I'm hoping that my Aunt Chelsea could adopt me," said Cali