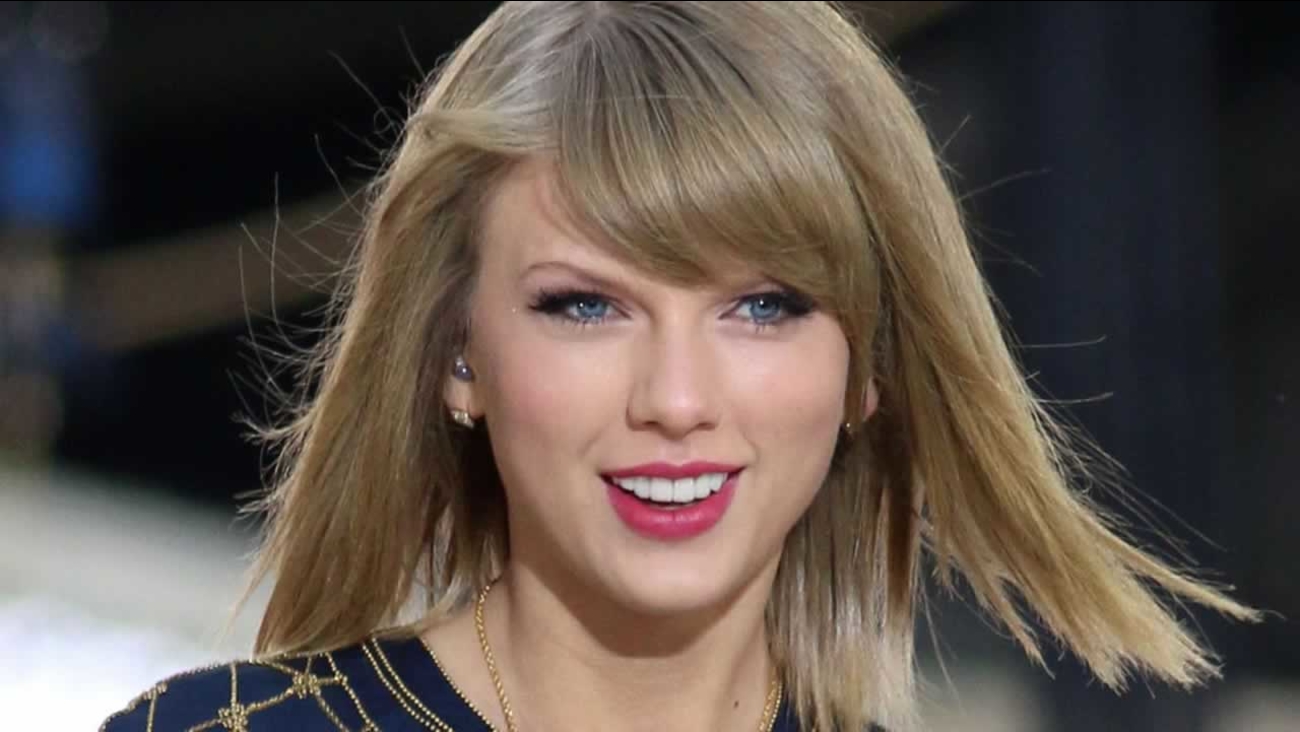 Swift changed multiple times Friday night at the festival in Las Vegas. She wore a shimmery, silver jacket, cropped top and skirt when she sang "Welcome to New York," working the stage with light dance moves aside her male background dancers.

"Good evening, Las Vegas," she said. "We begin our story in New York."

Swift sported a little black dress - and a golf club - when singing "Blank Space" as the crowd sang along, and she wore a bikini and short shorts when performing "Trouble" in front of her shirtless male dancers.

She changed multiple times throughout her two-hour set, including a pink cropped top and knee-length skirt that lit up during her performance of "How You Get the Girl." Her outfits matched her new sound and style since going full-blown pop with the album "1989."

Videos featuring her famous friends - Lena Dunham, Selena Gomez and others - played in between songs while Swift changed outfits. They talked about being friends and spending time with the multiplatinum singer.

The pop star mainly performed songs from her new album, including the hits "Shake It Off" and "Style." She played the guitar and was joined by Ed Sheeran for a duet; she told the crowd the singers were celebrating their third "friendaversary."

Swift also performed from part of the stage that rose in the air when she sang "Love Story" and "Clean."

Metallica and No Doubt performed last week. Bruno Mars is set to headline the festival Saturday.

But on Friday, the festival provided about 10 hours of live music across multiple stages. Here are some highlights:

Even if you weren't watching Jessie J's set, you probably heard her sing.

The powerhouse vocalist was in top-notch form, hitting high notes without breaking a sweat. She even asked the name of an audience member and she freestyled a song using it that earned loud cheers from the crowd.

She was a firecracker during "Do It Like a Dude" - even dancing wildly on the floor in front of her guitarist - and she was electrifying during "Bang Bang" as multicolored lights burst from the top of the stage.

Charli XCX, who sang the hook on Iggy Azalea's hit "Fancy," performed the song and even rapped Azalea's part of the explosive track.

Sheeran sang the song, too.

In between his set featuring his smoldering pop songs - including the heartfelt "Thinking Out Loud" - Sheeran got rowdy onstage. In addition to "Fancy," he covered 50 Cent's "In Da Club" and the classic "Feeling Good."

The singers had risque moments during each of their sets.

Tove Lo, while singing her hit "Talking Body," revealed one of her breasts; Jessie J - who wore a loose T-shirt - pulled it up to reveal her butt as she danced; and Charli XCX rubbed on her crotch throughout her set.