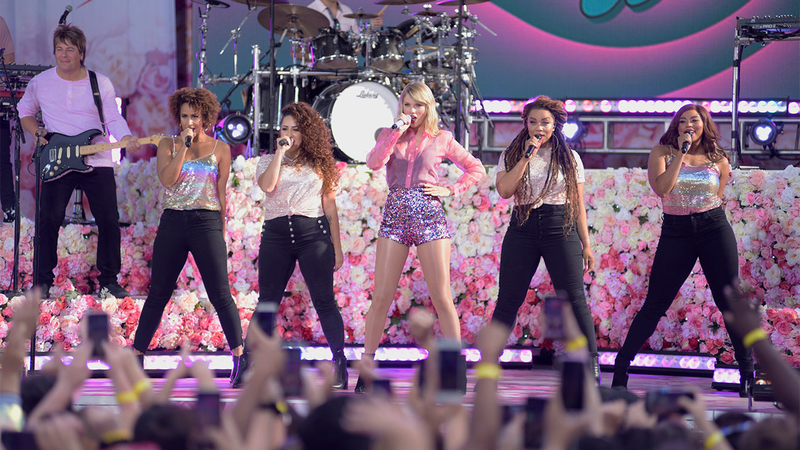 NEW YORK -- Taylor Swift plans to rerecord her songs after her catalog was purchased by popular music manager Scooter Braun.

During a Thursday interview on "Good Morning America," Swift said that her contract allowed her to begin rerecording her first five albums in November 2020.

"I'm very excited about it because I think that artists deserve to own their work. I just feel very passionately about that," Swift said. "I'm going to be busy. I'm really excited."

In late June, Braun's Ithaca Holdings announced that it had acquired Big Machine Label Group, which was led by Scott Borchetta and home to Swift's first six albums, including the Grammy winners for album of the year, 2008's "Fearless" and 2014's "1989."

Swift said last November that she signed with Universal Music Group instead of staying at Big Machine because she knew that re-signing would only result in her not owning her future work. Swift's new album "Lover," slated for an Aug. 23 release, is the first album she will own outright through her deal with Universal.

When news broke that Braun had acquired Big Machine Label Group, Swift took to Tumblr with a scathing letter accusing Braun of subjecting her to years of incessant and manipulative bullying, referencing clashes with Kim Kardashian and Kanye West.

"When I left my masters in [Big Machine Label Group founder Scott Borchetta's] hands, I made peace with the fact that eventually, he would sell them," she wrote. "Never in my worst nightmares did I imagine the buyer would be Scooter."

She wrote that Braun had "stripped her" of her life's work that she "wasn't given an opportunity to buy."

"My musical legacy is about to lie in the hands of someone who tried to dismantle it," she said. Representatives for Braun and Borchetta did not immediately respond to request for comment in June.

The concert will be held in Central Park as part of GMA's Summer Concert Series.