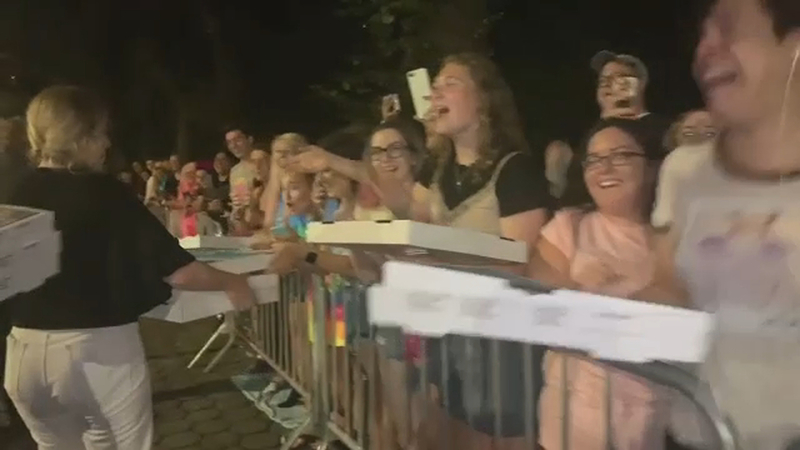 NEW YORK -- Fans camping out overnight for a Taylor Swift concert in New York City received quite a surprise - free pizza, courtesy of the superstar singer herself.

Swift had the pizzas delivered after seeing a photo of about 200 fans on the Fifth Avenue sidewalk.

They were waiting to be first in line for her Thursday morning concert in Central Park on "Good Morning America."

Swift's father Scott and her management team hand-delivered 30 pizza pies and water to the fans.

Scott Swift took selfies and passed out exclusive guitar picks to promote her upcoming seventh album, "Lover," which will be released Friday.

Fans had stuck it out through a rainstorm and were still excited and couldn't wait for Swift to perform.

Swift put on a stellar show with the crowd cheering in Central Park.