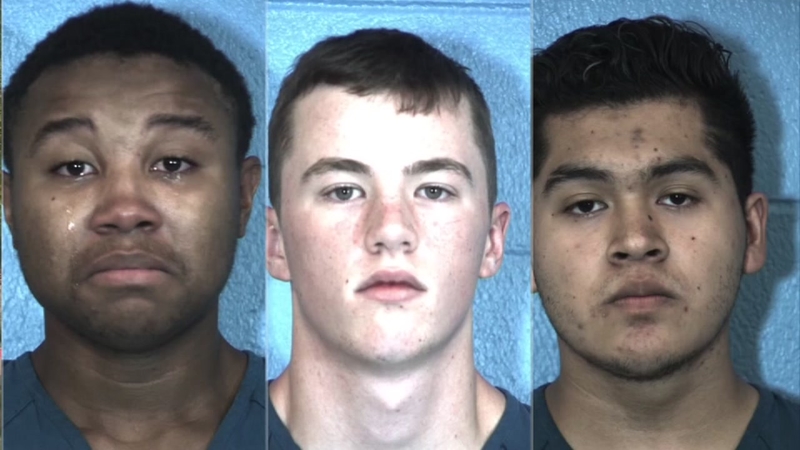 The students -- all 17 years old -- have been identified as Devant Davis-Brooks, Kadin Watson and Emmanuel Tejas Pina. All three were charged with making a terroristic threat.

Taylor police say while in class several students overheard the three suspects making "detailed plans" to coordinate a shooting at the school that involved explosives and firearms.

Superintendent Keith Brown says one student reported the conversation to a teacher, who immediately told the principal. Brown says the principal alerted the school resource officer right away, who arrested the three students with the help of a Taylor police officer who was on campus as part of a new safety initiative.

"We're very proud of the student for doing that, to speak up, because they potentially saved a lot of lives today," Brown said to KXAN-TV.

Brown says in addition to the charges the three students are facing, once they're released, the district will follow its disciplinary code, as well.

He says they'll be suspended for three days, then they'll be sent to alternative school before they can come back to class.

After the students were arrested, the Taylor Independent School District wrote in a Facebook post that there was no danger to students, saying, "We take any threat to our students and staff very seriously and we will work closely with local law enforcement to investigate and take appropriate actions."