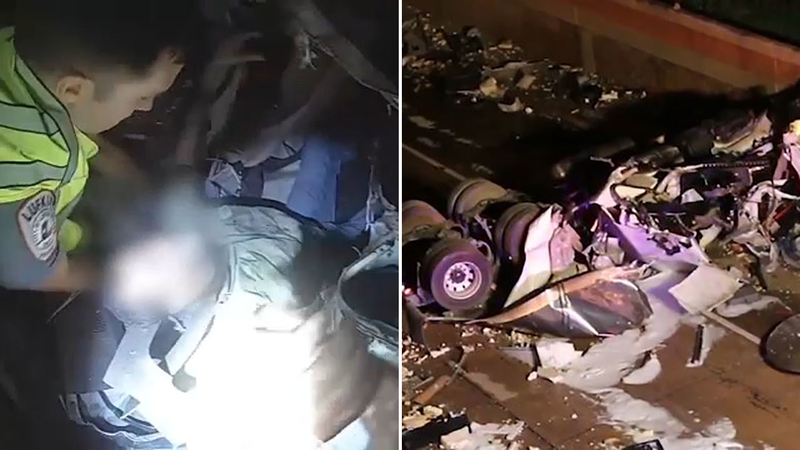 Tanker truck full of orange juice falls off US-59

LUFKIN, Texas (KTRK) -- Incredible bodycam video just released shows two Lufkin Police officers risking their own lives to save a driver from a tanker truck accident on US-59.

When officers arrived at the scene, they cautioned other first responders to move away from the burning tanker out of fear it could explode.

Officers Carter Willmon and Roger Ordaz tried to figure out what was in the tanker, but when they heard the screams of the injured driver inside, they rushed to help him, putting themselves in harm's way of a potential blast.

While dragging the man to safety, his rescuers are told the driver was hauling orange juice inside the tanker.

Rodriguez is recovering in a Tyler hospital and is expected to survive his injuries.