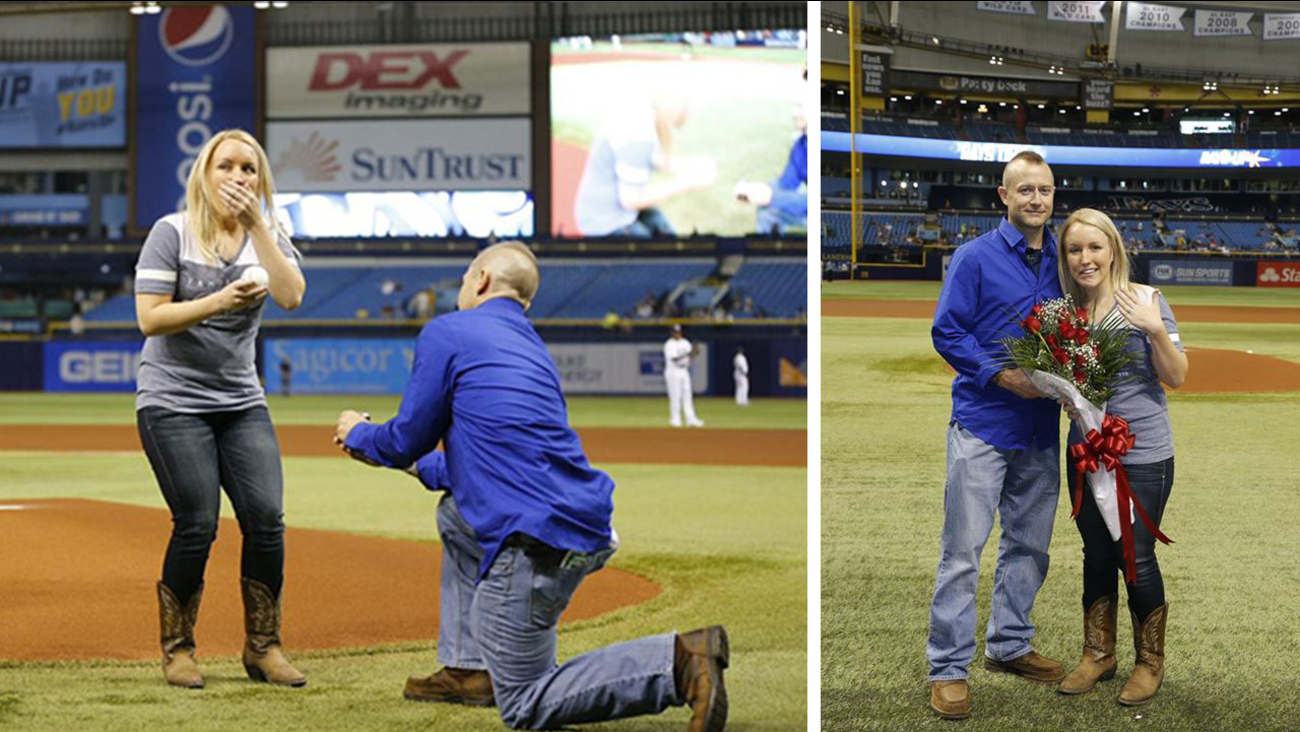 Cameron Hill proposes to Melissa Dohme before the first pitch of the Tampa Bay Rays game on Monday, May 11. (Tampa Bay Rays/Facebook)

Cameron Hill wasn't sure if the woman he saved from a domestic violence attack in January 2012 would even live. But just more than three years since the attack, the EMT is now happy to call that woman his fiancee.

EMT Cameron Hill proposed to his girlfriend Melissa Dohme before Monday's Tampa Bay Rays game. Dohme was invited to throw the first pitch, where Hill then carried out a ball to her as she stood on the mound.

Written on that ball were the words "will you marry me?" Dohme happily said yes.

The couple's story began in January 2012 when Hill saved Dohme's life. He responded to a 911 call after Dohme had been brutally stabbed 32 times by her boyfriend outside her home in Crest Park, Fla.

"It was so bad...you couldn't tell she was blonde," Hill told the Tampa Bay Times.

After Dohme recovered from the incident, she reconnected with Hill that fall and felt a spark towards him. "I had this feeling about him," Dohme told the Tampa Bay Times. By December 2012, they were dating.

The Tampa Bay Rays shared photos of the proposal on their social media pages, which have received an overwhelming positive response from fans.

"Congrats!!!! So glad she found her true love and a happy ending!" commented one Facebook user.