Social justice groups to 'take a knee' at Texans game 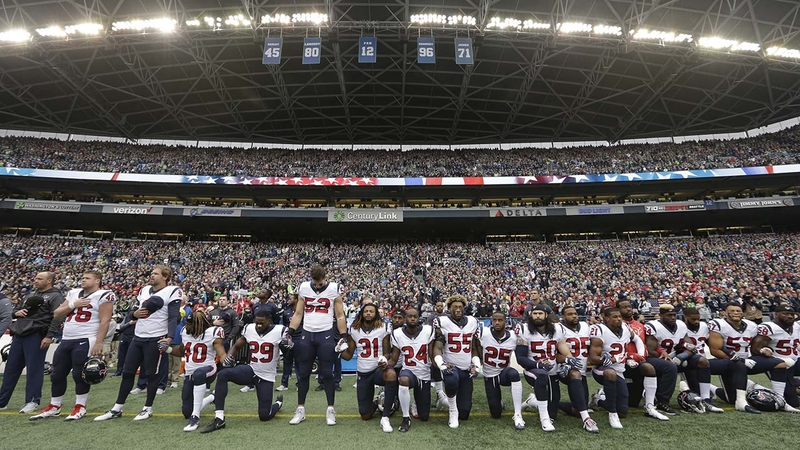 Social justice groups to 'take a knee' at Texans game

HOUSTON (KTRK) -- While protests outside of Houston Texans games have been seen before, a protest scheduled for today outside of NRG Stadium could be the largest the city has ever seen.

Politicians, activists, even local rappers are expected to join multiple groups, including the ACLU and Texas Organizing Project, to demonstrate after Texans owner Bob McNair's controversial comments about "inmates running the prison."

The groups say they want to show solidarity with NFL players who are taking a knee for social justice.

There are a number of people who even traveled from out of town to be here for this protest.

Demonstrators will be taking a knee outside NRG Stadium, on the corner of Kirby and Murworth at 1 p.m.

Back on October 31, a majority of the Houston Texans team took a knee during the national anthem. This was after McNair's inmates comments.

McNair has since met with several players to discuss the situation, but the demonstrators who will be here this afternoon feel there is a lot more to discuss.

Pooja Lodhia has more on this story on Eyewitness News at 9 a.m.