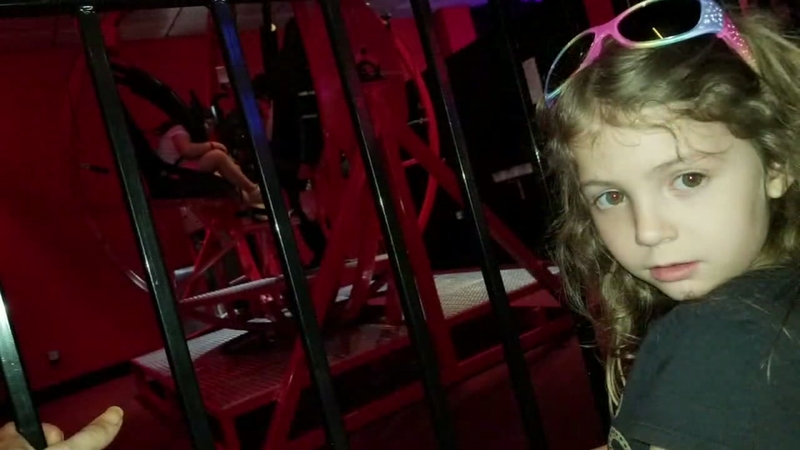 Family ducks for cover as daughter is shot outside McDonald's

HOUSTON, Texas (KTRK) -- A little girl is recovering in the hospital after being struck by a security guard's stray bullet as she sat in her family's car in a McDonald's drive-thru.

Claire Tidwell suffered a gunshot wound to her left leg. The bullet first grazed her right leg, according to her father, Danny Tidwell.

"She's okay. She's stable," said Tidwell. "There was gunshots. We were sitting in the car, ordering food. All of a sudden, gunshots started going off everywhere. It was so loud that we knew it was close. It was so close that we ducked in the seat, because we couldn't tell where it was coming from. As the shots were going off, my daughter said, 'Daddy, I'm hurt.' I turned around and there was blood everywhere. I knew she was shot, so I just left."

Tidwell rushed home, where he and his wife called for help.

According to Houston police, a security guard opened fire on a theft suspect, striking him and the little girl at the drive-thru. It happened outside a T-Mobile store in the 5500 block of Airline on Monday afternoon. Police say the suspect was trying to steal a cell phone.

"He saw the theft happening in progress. He pulled his weapon and actually shot the suspect," said Officer Anthony Le with HPD's Major Assaults Division.

Police are investigating after a child was shot during a north Houston robbery.

Christopher Bradley, 28, a commissioned security officer according to online records, is being held in HPD's jail on a charge of aggravated assault.

His mother rushed to the scene when she heard about the shooting.

"I don't even know the little girl, but I know my heart is breaking for all of them," Sherhonda Bradley said.

Bradley says her son talked often about crime and the danger he faced as a security guard at the cell phone store. After the shooting, she says her son told her he thought he was doing the right thing.

Claire's father takes issue with the fact the store has an armed security guard on site. He says the bullet is lodged in his daughter's leg and won't be removed until Tuesday.