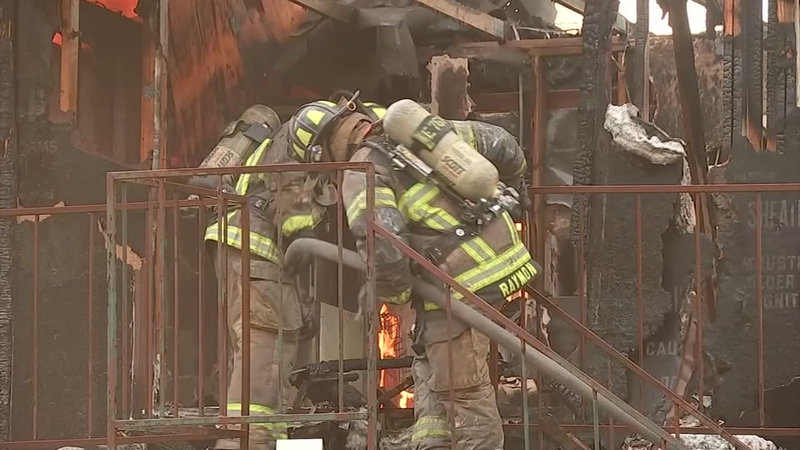 Should firefighters be paid the same as police officers?

HOUSTON, Texas (KTRK) -- It's the politics of public safety.

Proposition B, also known as "pay parity" for firefighters, would require the city to pay firefighters the same as police officers of similar rank.

Both sides will admit that firefighters deserve a raise, but Mayor Turner says what the fire union is proposing would create a financial disaster.

Houston Professional Fire Fighters Association (HPFFA) President Marty Lancton argued that the vote should come down to a simple question.

But when asked how much that simple question will cost the city, he didn't provide a simple answer.

"Proposition B does not specify anything about a percentage pay raise," said Lancton.

Turner was quick to call him out on that statement.

"If you're asking the voters to vote for this, you ought to know what the cost of your petition is," said Turner.

However, Lancton says the city doesn't even know how much the measure will cost, pointing to different estimates from different city departments.

City Controller Chris Brown presented his cost analysis of the ballot measure, estimating the measure would cost $85 million a year.

His estimation is $13 million lower than city finance's estimate of $98 million, but doesn't include all of the extra pay incentives and other special pay some firefighters receive.

"Whether it's $85 or 100 million, what the Controller has said is that Prop B is unsustainable for the city of Houston," said Turner.

Police have had a 37 percent raise since 2011, compared to the raise for firefighters which is 3%.

Firefighters have turned down at least three raises offered since 2011, including a 9.5 percent over three years that is currently being offered.

Lisa Hunter attended the debate. Her dad was a Houston firefighter for 30 years. She says he had to work several jobs to support his family. She believes firefighters deserve to make what police make.

"These are the first people that show up when you're in an accident. It's not necessarily fires. It's EMS, it's a heart attack and we really need to take care of these guys because they're the ones that take care of us ," said Hunter.

But other people who came out for the debate, like Scott Ramsey, say while they value the work firefighters do, it shouldn't be compared to the duties of police.

"I am familiar with firefighters and their job descriptions and their hours," said Ramsey. "It's 24 hours on, then off for days. The jobs are apples and oranges. They're not the same."