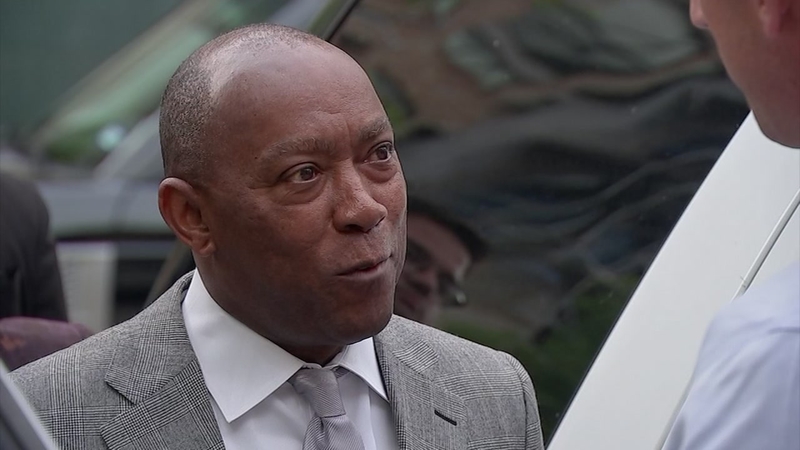 HOUSTON (KTRK) -- As Election Day nears, questions are being raised about the money longtime state representative and Houston mayoral candidate Sylvester Turner has earned through his private companies from some of the local government entities he has the power to regulate as a politician.

Turner would not sit down with abc13 for an interview to discuss his outside income, money he earns apart from salary as a state representative.

The sale was part of the 2012 bond program which was issued to fund the construction and renovation of schools. Title companies help close sales by ensuring ownership. Turner actively campaigned for passage of the 2012 bond, and two years later, his private company profited from the bond.

That is what his opponents now criticize.

"It is concerning when I see historically black schools being torn down and Mr. Turner was a voice to get the bond deal approved and turns around and gets money in his pockets through that deal," mayoral candidate Ben Hall told abc13.

There's nothing illegal with Turner's title company being involved in the sale, but it was the largest of any land deal HISD has done under the 2012 bond. According to Turner's campaign, it the only one Turner's company has ever done for the school district.

And while Turner did not want to sit down with abc13 for an interview, we were able to speak to him on his way into a recent campaign event.

"I am glad that the title company was able to do the work and we did it very well," Turner said.

We asked: Was there any connection to your support of the bond?

"Not that I am aware of," Turner said.

"To even raise a question about special treatment for HISD is to ignore the fact that I have been one of HISD's harshest critics - no one has fought harder to hold HISD to its promises not to close inner city neighborhood schools than I," the letter reads in part.

It's not the only question surrounding Turner's private companies.

"There's nothing maybe illegal about it, but some people find it ethically wrong," Bell said.

City of Houston records show Turner's private law firm, Barnes & Turner, has been paid $852,000 since 2005 for work helping another law firm collect unpaid fines and city taxes -- a business regulated by the state.

Turner has been a Texas lawmaker since 1988.

"It's certainly a legitimate question," Bell said. "It goes back to his record as a state representative and I think some people will find it questionable."

Turner defended the work of his law firm in his brief exchange with abc13.

"Has anyone questioned the work of Barnes & Turner? The answer is no," he said. "We do excellent work. I'm a professional at what I do. I earn a living. It's what I do and I am proud of being a partner for 32 years."

HISD records do not show Turner's title company has done any more work for the school district.

City law would likely force him to withdraw from that work if elected mayor.