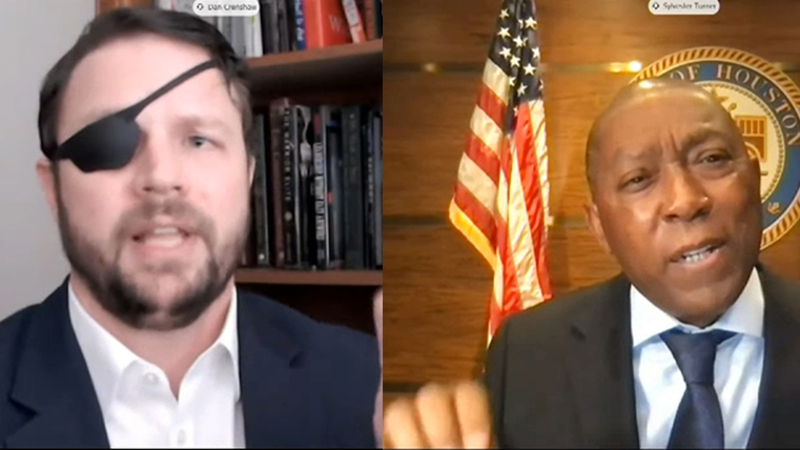 "Mr. Mayor, your city facilities are not powered by renewables when the wind isn't blowing and the sun isn't shining," Crenshaw said during the House Subcommittee on Oversight and Investigations of the Committee on Energy and Commerce. "They just aren't. Now, during the storm, 20% of the city's generators would not start. Mr. Mayor, why were these generators not maintained? Do you think it's the federal government's responsibility to maintain those or can you take responsibility for that?"

Turner argued that the city of Houston is powered by renewable energy and pointed to his vote as a state representative to deregulate markets, but was cut off by the second term congressman from Katy.

"I voted to deregulate this market in 1999," Turner said. "Generation is deregulated, retail electric providers are deregulated, transmission and distribution is regulated. I'm quite familiar..."

"Mister Mayor, I've given you enough time there," Crenshaw interrupted. "If you want to respond to me more, you can actually text me back every once in a while. I've got a long list of non-responses from you on my phone."

Houston Mayor Sylvester Turner testifies during the U.S. House Subcommittee on Oversight and Investigations of the Committee on Energy and Commerce about not being warned of the power outages that plagued the state during the Februa

"The Texas Grid must be designed with the full appreciation that climate change is real and extreme weather events can occur throughout the year," the mayor said in an earlier statement. "We must build a system that is resilient and sustainable."

Turner says Houston has seen four 500-year storms in the last six years and a major winter storm on top of that.

There are still many families across Houston still dealing with major damage. Many homes are still uninhabitable.

It's not hard to find Houstonians who think more needs to be done to enhance the grid.

"Texas was very unprepared," one resident said in regards to the winter storm.

"My house was completely damaged," another Houstonian recalled. "There is no living in it."

The congressional hearing can be found online here.