Swimmer waiting to be rescued saved by $20 boogie board 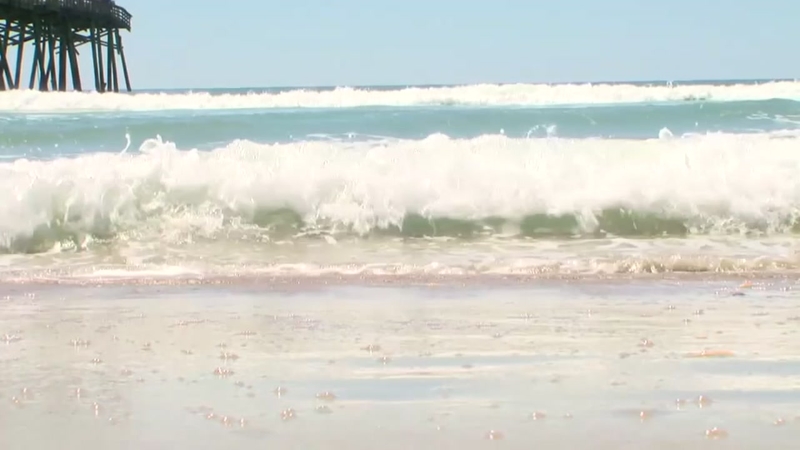 "He tired himself out trying to get back to the beach, and the rip just carried him further, and he realized he wasn't getting back in," said Pine Knoll Shores Fire Chief Jason Baker.

According to Baker, the swimmer got about 250 yards away from the beach before yelling to his wife to call 911.

"We try to tell people all the time, if you're going to be playing in the water, have flotation with you. If he hadn't had his boogie board, that call would have ended a lot more poorly for him," Baker said.

The incident follows a tragic weekend on Pine Knoll Shores, where one man drowned and three children were sent to the hospital. The victim has been identified as 38-year old Ernest Earl Foster Jr. from Wilson County. A Guilford County Schools spokesperson said Foster was a former high school teacher in the district.

Eight people have died on North Carolina's coast this year.

"I cannot remember a year where we've had water rescues so early in the year and certainly not so many fatalities," Baker said.

According to End Drowning Now, 725 people have drowned in North Carolina from 2009 to 2018, the sixth-most of any state in the country.

"Water rescues are very difficult, very hazardous, very tiring. And tiring is the key. When you lose the energy, you lose the ability to keep yourself afloat," Baker explained.

Memorial Day was a particularly busy day for rescue crews, where the National Weather Service reported 20 rescues as of 5 p.m.

Swimmers are encouraged to always check the beach warning flags before deciding to swim in the ocean.