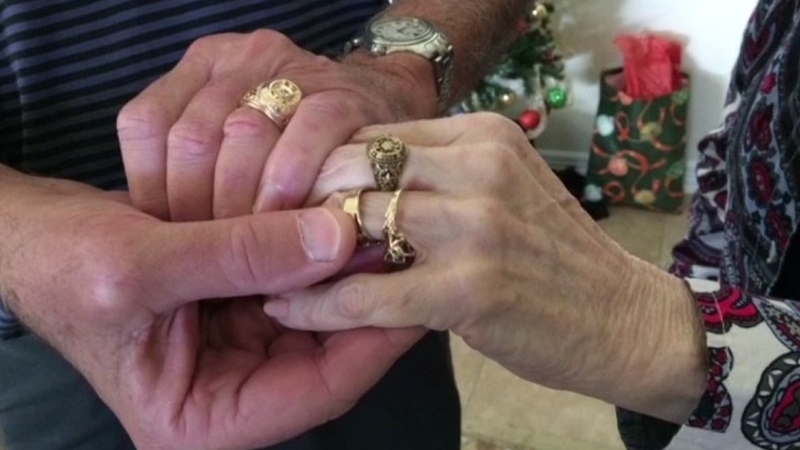 KATY, Texas (KTRK) -- More than 50 years after losing a cherished Texas A&M University ring in the Colorado snow, a Katy woman has found the ring.

"My husband and I had been playing in the snow when I lost my ring," Judy Lavois said.

The sweetheart ring was a gift from her husband, who also wore a matching one.

During the time the gift was given, women were not permitted to attend the university, but students were allowed to gift sweetheart rings to a loved one that were replicas of a class ring.

"I was pregnant with my second child and my husband gave it to me so I would have a boy," Lavois said. "And I did. I had a boy for him."

Lavois said she did not realize her ring was missing until hours later, and assumed it was long gone. More than five decades later, a stranger reached out to her about the ring.

"He said he had found something with my name on it," Lavois said.

The mysterious person, whose alleged name is Jerry, told Lavois that his wife ended up with the ring after her family member found it in the snow while on vacation in Colorado.

According to Lavois, Jerry searched the internet and found that the ring belonged to her.

"He's an Aggie. He found me and brought it to me from San Antonio," Lavois said.

Once Lavois was united with her ring, the two went out for lunch.

"I'm going to wear it on a finger that will not fall off," Lavois said.