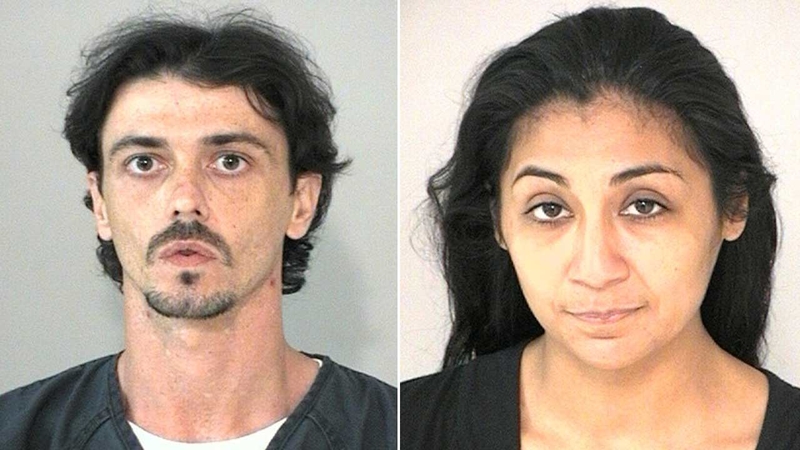 It all started on Tuesday at around 9:30am when deputies responded to a call from Hudson Products near Beasley about a trespassing incident that had happened Monday. Investigators say Jack Richardson, 31, who had been fired from the company last month, returned to the property.

According to the Ft. Bend County Sheriff's Office, Richardson had already faced felony charges of aggravated kidnapping, assault strangulation of a family member and criminal mischief out of Wharton County.

After the trespassing call, deputies went to the home he was renting in the 9100 block of Grunwald, which is near Hudson Products. Deputies say he was facing eviction from the home.

Shortly after noon, the Ft. Bend County SWAT team joined deputies and surrounded the house where they say Richardson was barricaded inside with his girlfriend, Mary Beth Sandoval, and her 3-year-old son.

They tried to make contact with Richardson, but say he wouldn't answer his cell phone. They say they were able to communicate with Sandoval.

Then Wednesday morning, 20 hours after the standoff began, the SWAT team entered the home, where Richardson and Sandoval surrendered. No one was injured.

Sandoval faces a charge of child endangerment for staying inside the home. The child was taken to Oak Bend Medical Center to be checked out and then turned over to CPS.

Richardson and Sandoval are in the Fort Bend County Jail.