Suspect shoots himself after hostage freed during tense standoff in N. Houston 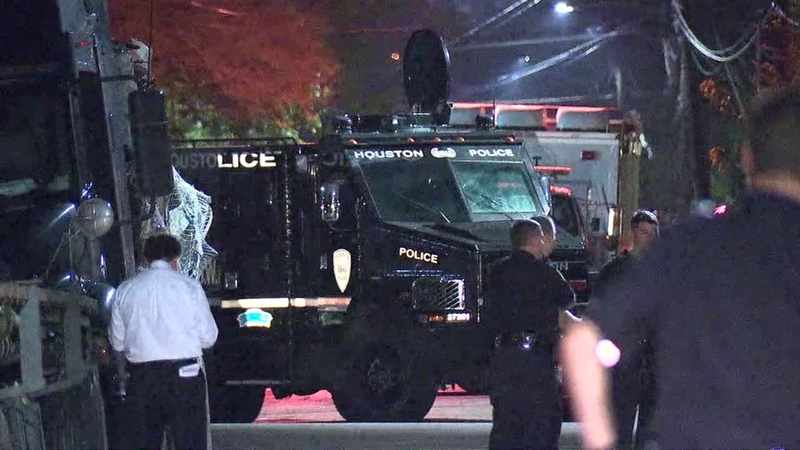 HOUSTON, Texas (KTRK) -- Houston police say they are trying to figure out whether a woman who safely escaped a barricaded vehicle is linked to the suspect involved in the standoff.

According to police, the armed person turned the gun on himself after the woman was released to safety. The suspect was taken to the hospital, where he died.

The suspect began barricading himself and the woman inside a vehicle on East 32nd and Omega streets in the Independence Heights neighborhood just before 9 p.m. Monday.

Just before the standoff, police say the suspect stole a van and led police on a chase at East Hardy and Tidwell. Police say the woman was in the van during that chase.

They pulled into the north Houston neighborhood, because the van had a flat tire, police said. The suspect grabbed the woman, held her at gunpoint, and then ran while firing his gun at officers.

He then barricaded himself and his hostage in another vehicle about a block away.

The barricade drew a large police presence, including SWAT officers, in the area. Police said SWAT cut off the street lights in the neighborhood and waited.

After nearly six hours, the suspect gave up the woman before turning the gun on himself.

Police could only identify the suspect as a man in his late 40s. The woman is in her late 20s.

Earlier, HPD Chief Art Acevedo asked for Houstonians to pray that this comes to a peaceful resolution, labeling the whole ordeal a "volatile situation."

This is a very volatile situation. Suspect has already fired a gunshot at our @houstonpolice officers. Please avoid the area and pray no one gets hurt or killed. https://t.co/FIscHto0YE