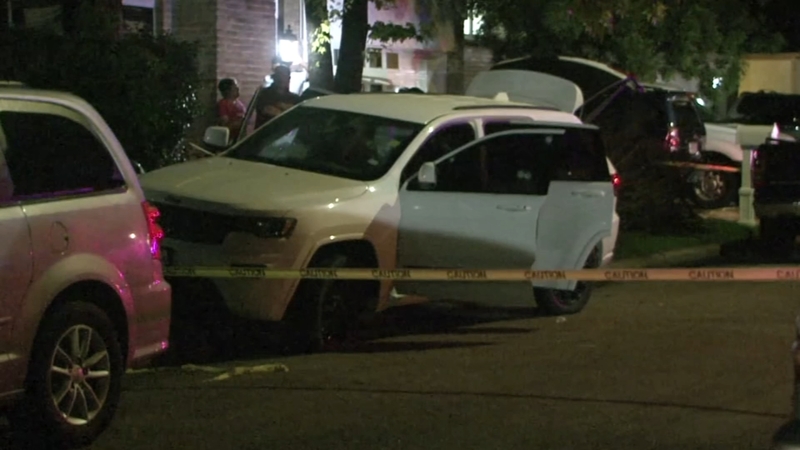 HOUSTON, Texas (KTRK) -- Police are looking for the gunmen who opened fire into a car with three kids inside in the Alief area overnight.

The shooting happened just before 10 p.m. Sunday on Zarroll Drive near Kirkwood Road.

Houston police say a man and three children were parked on the side of the road when a vehicle pulled up and a couple individuals got out, opening fire on the man's vehicle.

The suspects fled the scene after the shooting, according to police.

The man was shot in the arm. He is expected to survive. A 3-year-old inside the vehicle was also injured, HPD said. Both victims were transported to the hospital.

"The 3-year-old was also transported with possible glass injuries from one of the bullets passing through the window, possible shrapnel, minor injuries is what I'm being told," Lt. Christopher Bruce said.

The other two children, ages 4 and 7, were not hurt, and were handed over to relatives, according to HPD.

Officers do not have any information on possible suspects or a motive in the shooting.