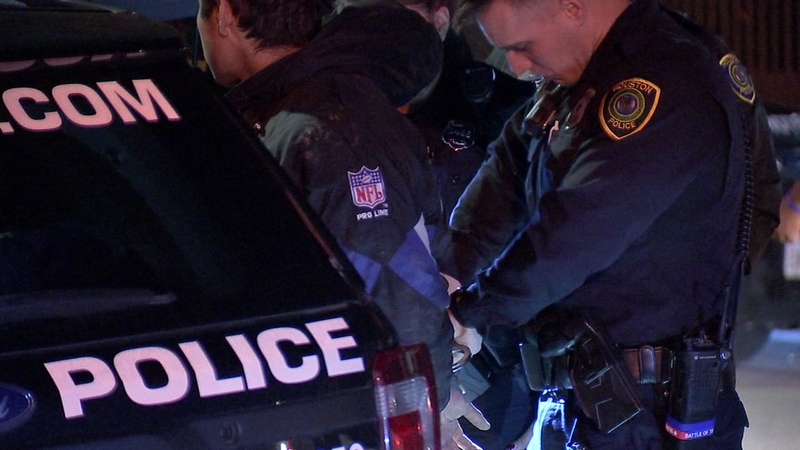 Suspects hide from police at school

HOUSTON, Texas (KTRK) -- Two suspects who may be tied to robberies were arrested overnight after police found them hiding at an elementary school in southeast Houston.

Around midnight, authorities say a patrol officer tried to pull over the suspects' vehicle for a traffic violation on Dover and Bellfort, but the men refused to pull over.

That sparked a short chase that ended when the driver lost control and crashed into a fence at Fairway and Joplin.

The suspects jumped out of the car and ran. Officers set up a perimeter and used K9s to track the men down in the courtyard inside Golfcrest Elementary School.

Police took the men into custody.

Officials say one of the suspects had a mask on his face, so they are investigating whether he may have been involved in robberies earlier in the night.

Police also tell ABC13 the vehicle the suspects were in had been stolen on Dec. 20. They're checking to see if the vehicle was used in robberies as well.