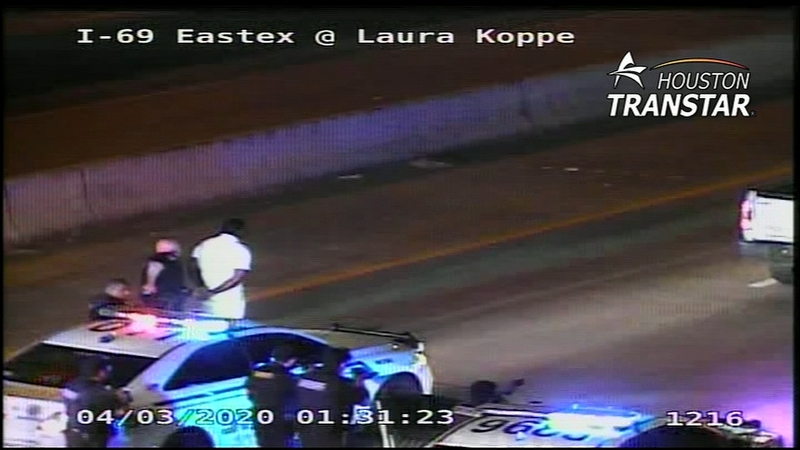 Suspect runs out of gas in Eastex Fwy police chase

HOUSTON, Texas (KTRK) -- A police chase suspect who ran out of gas was arrested overnight after facing Harris County sheriff's deputies three times in one day.

Houston Transtar camera captured the chase. You can watch it in the video above.

It began on the Beltway and went all the way down the Eastex Freeway.

Finally, the suspect came to a stop on Tidwell after he ran out of gas.

Harris County sheriff's deputies released a video of the moment they took the man down.

The video shows deputies slowly approach the suspect. He didn't put up any resistance, so deputies easily arrested him.

Authorities say the chase began because the man was driving a stolen truck.