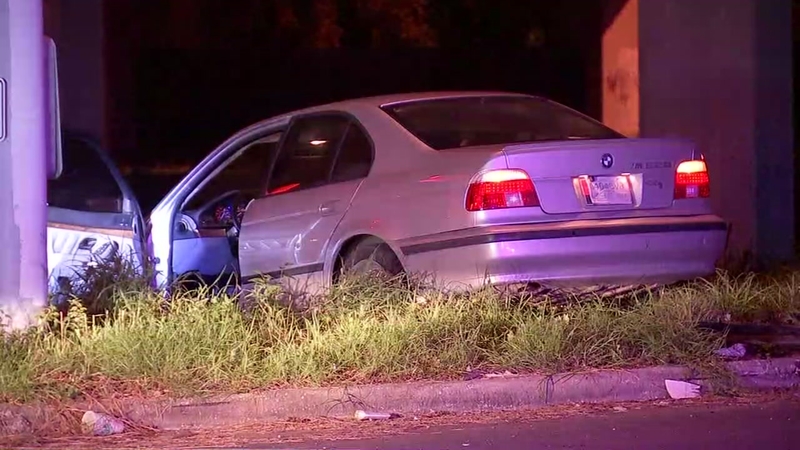 HOUSTON, Texas (KTRK) -- Police are searching for a 24-year-old chase suspect who hopped on a train and ran away in northeast Houston.

Authorities say the chase happened just after 3 a.m. Friday when they tried to pull him over because his headlights were out.

The driver slowed down around the 1500 block of the Eastex Freeway before taking off. He sped down Hardy at 110 miles per hour, leading police on a chase that lasted about 12 miles.

Officers fell back, saying they couldn't go that fast. HPD launched its helicopter to search for him from the air.

The suspect ditched his silver BMW near Bennington and Curry.

Police say he then ran toward the train yard, jumping on a train to get across the tracks.

Police could be heard searching for him over their radios. "He's on the train westbound! He's climbing on the train," they called before saying they lost him in the woods.

HPD called the train master to have all trains stopped.

Officials say he disappeared on the other side of the tracks where there's an easement with thick brush.

Police say it's possible he may have been picked up by another driver.

The man left his wallet, cell phone and keys in his car. He lives in the area.

Authorities are not sure why he ran.

Man led police on a chase, then ditched BMW @ Eastex Fwy & Bennington. Disappeared into woods and may have jumped on, off train. Police searched for man by air/on ground for at least an hour. #abc13 pic.twitter.com/D7vPg1myub