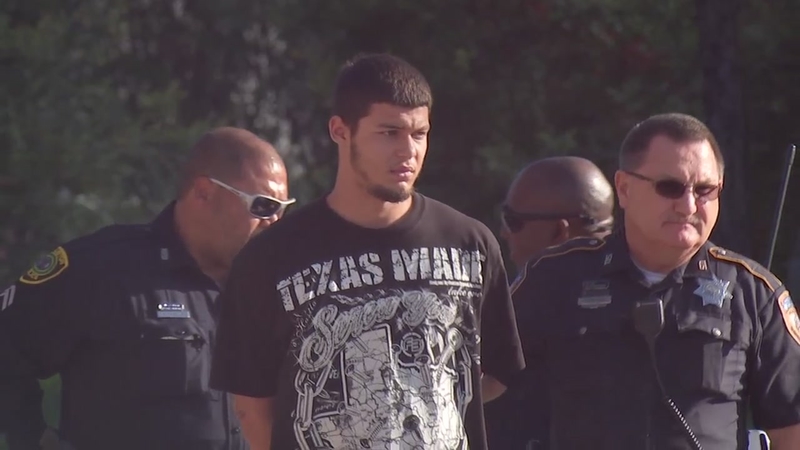 The Harris County Sheriff's Office says the man hit the deputy's unmarked vehicle in the 700 block of West Dallas. The deputy wasn't hurt, but says the front corner of his vehicle suffered some minor damage.

The deputy says after the fender bender, the man didn't stop which sparked a short chase. The deputy asked for assistance on his radio and Houston Police officers stopped the man on West Dallas near the Pierce Elevated.

The man, who has not yet been identified, was arrested. He kissed a woman and child before being put in the back of a police cruiser.