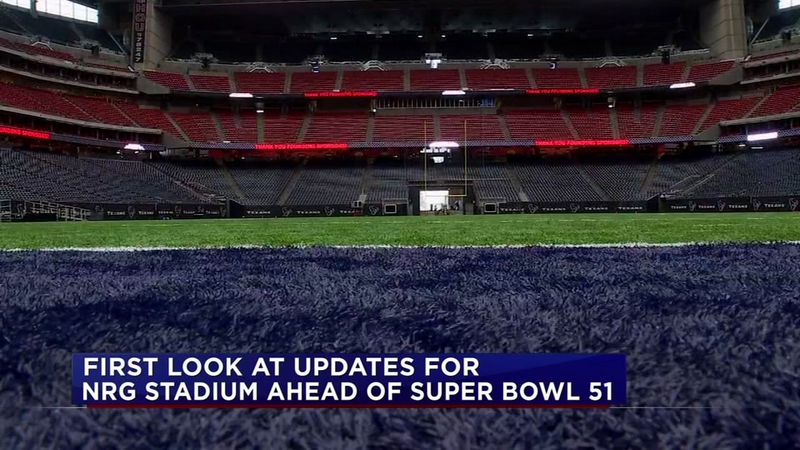 First look at updates for NRG ahead of Super Bowl

HOUSTON (KTRK) -- We are just 51 days until Super Bowl 51, and much has changed since NRG Stadium last hosted the Super Bowl in 2004. ABC13's Katherine Whaley got a first look at some of the big changes.

Some of the major upgrades include the addition of about 600 solar panels at Bud Plaza on the south side of the stadium, which will help power the complex.

Reliant has also installed LED lights, which will cut down energy usage by 80 percent. Unlike traditional stadium lights, the LEDs turn on instantly and can change color and intensity.

Guests can also recharge their phones using the NRG Go Pack, which will be available at six different NRG Go Stations throughout the complex. A credit card is needed to rent the pack, but it is not charged if the Go Pack is returned within 24 hours.

"We are really excited to showcase technology that really empowers, simplifies and protects our customers' lives, while also creating a sustainable energy future for all," Clayton said.