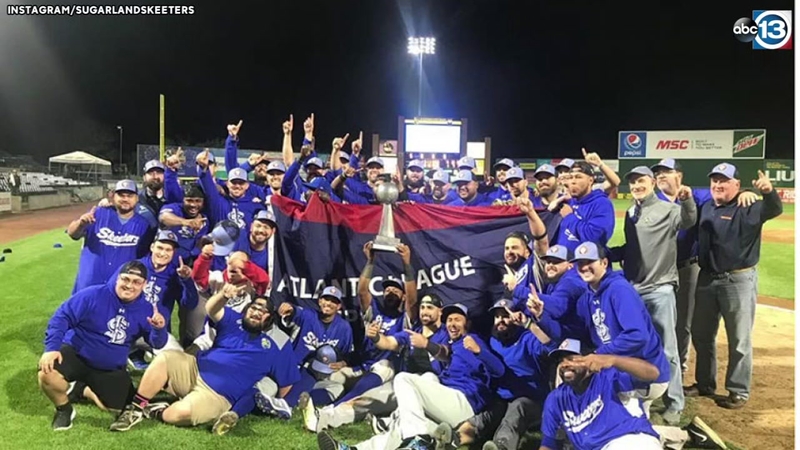 LONG ISLAND, New York (KTRK) -- In a week that saw the Astros win the American League West and the Dynamo notch their first U.S. Open Cup championship, another professional team in the Houston area saw the promised land.

The Sugar Land Skeeters got key runs early in the fifth and deciding game of their Atlantic League Championship Series to defeat the Long Island Ducks, 4-1.

The Skeeters, who are in the minor league system and play unaffiliated to any team, notched their second league championship in three years, last winning it all in 2016.

The championship also comes in the first year of manager Pete Incaviglia's stint with the team. Incaviglia managed the Skeeters to an 81-45 record, which is the second-most regular season victories in the team's seven years in existence.

In addition, this year's team is marked by the purchases of 12 player contracts by Major League Baseball teams, which is a single-season record for the Skeeters.