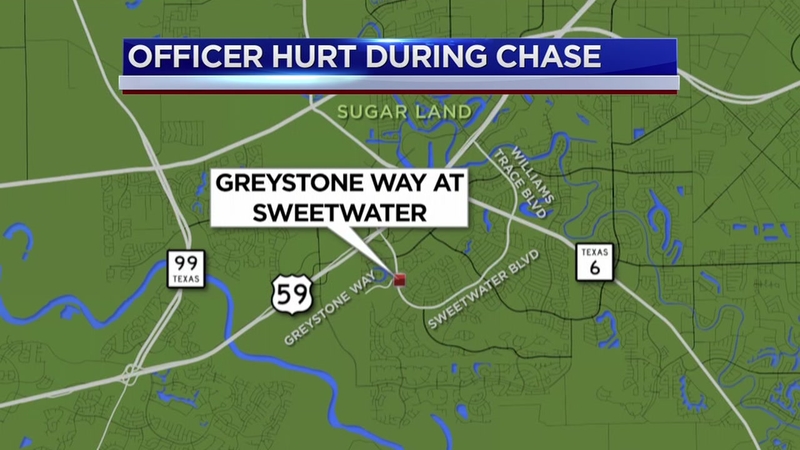 A woman came home, seeing someone coming out of a window of that home in the 3800 block of Meadow Spring, police said. She called 911 and gave police a vehicle description.

The vehicle was found nearby. Police tried to stop it and three people started running from police.

During that chase, the officer injured his arm, but police said no shots were fired.

It's not clear how the officer hurt his arm, police said.

All three suspects are now in custody. The chase ended at Sweetwater and Gracetown.