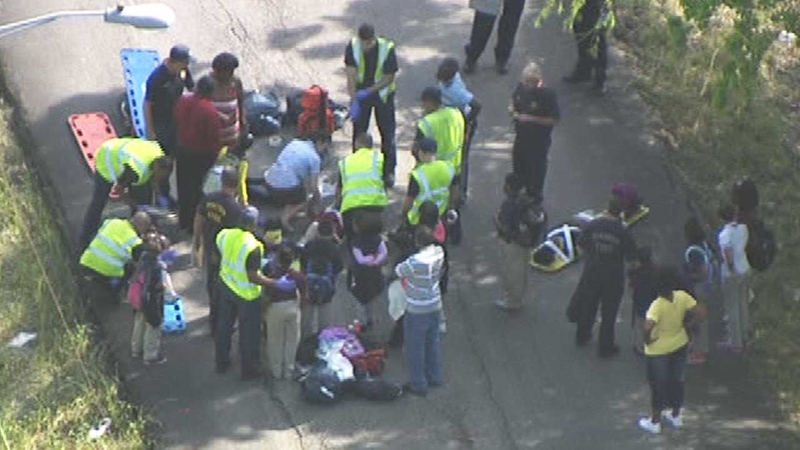 HOUSTON -- More than a dozen children were taken to hospitals Monday after two HISD school buses collided in northeast Houston.

It happened shortly after school let out for the day. The buses were carrying young students from Elmore elementary when they collided head-on on a narrow two-lane street at Bacher and Bonnaire. One was pushed into a ditch from the impact. 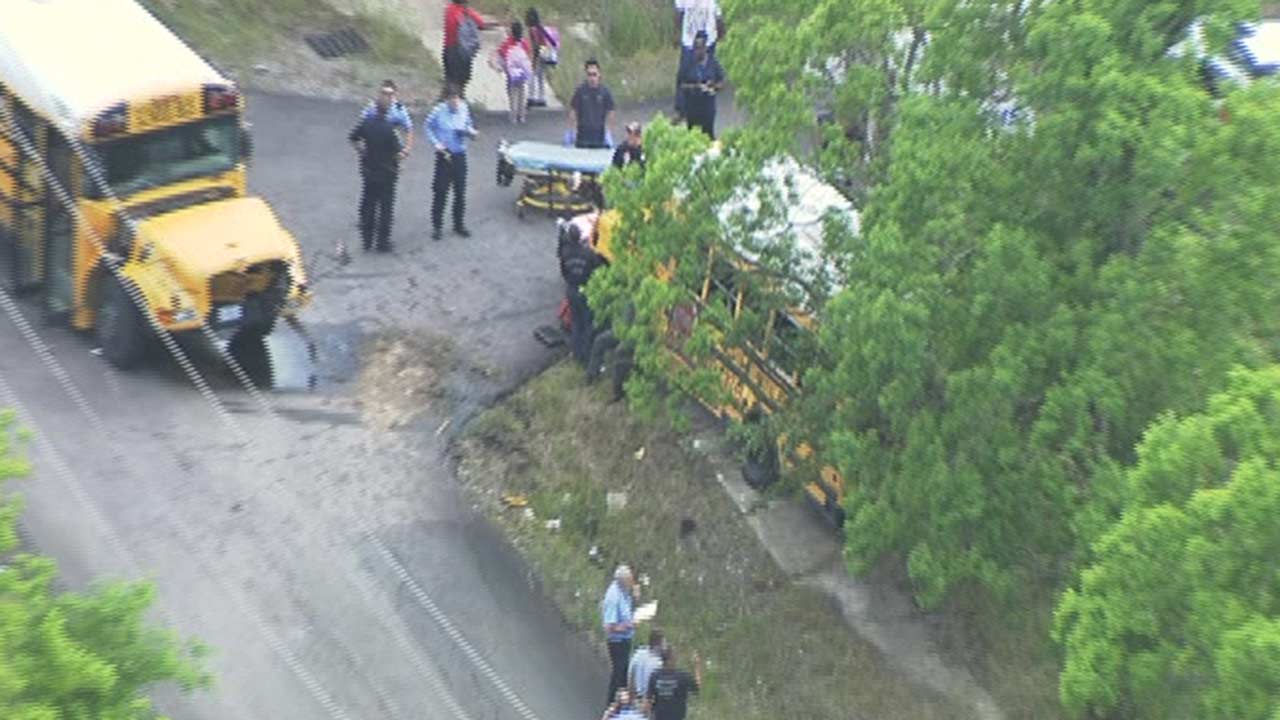 On the larger bus was 6-year-old Savannah Marks.

"Were you scared?" we asked.

Savannah was clam in the midst of the storm. Others were not.

"One little girl had knocked her teeth out of went through her lip," said Robert Dennis, who lives near the crash scene.

In the end, according to the Houston Fire Department, 14 people -- one driver and 13 children -- were taken by ambulance to hospitals.

"All properly packaged for possible spinal injuries and the rest are on scene," said HFD district chief John Seamans. "Most were picked up by parents."