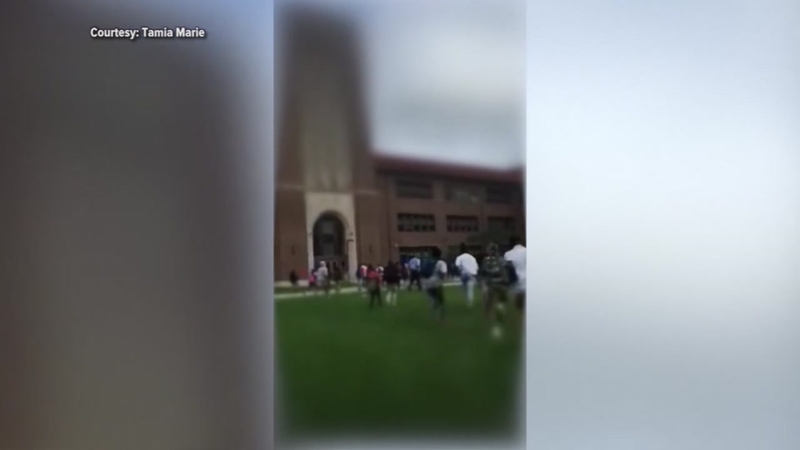 INDIANAPOLIS, Indiana -- A student received a three-day suspension for violating a school code by recording a fight in her school.

Arsenal Tech High School student Tamia Murray says multiple fights broke out and she thought it was important to capture them.

Tamia's action is something her mother says was actually a good thing to do.

"Being live like that is giving other kids' parents a chance to see what's going on at Tech so they can know that their kids are in danger," said Tamia's mother, Paula Murray.

Paula learned of her daughter's recording when Tamia live-streamed the fights on Facebook.

"(Arsenal) Tech does not call parents and let them know there's a riot up here," Paula said.

According to the school's code of conduct, recording a fight is considered at least a level 3 offense, but could rise to a level 4.

Tamia told WRTV her school principal called her into his office and told her she had to serve some consequences.

"For recording and he kept bringing up the news and he was asking why did I think it was ok to tell the news and record the fights," Tamia said.

She was then given a three-day suspension. Tamia also provided documents which stated her suspension was for filming numerous fights.