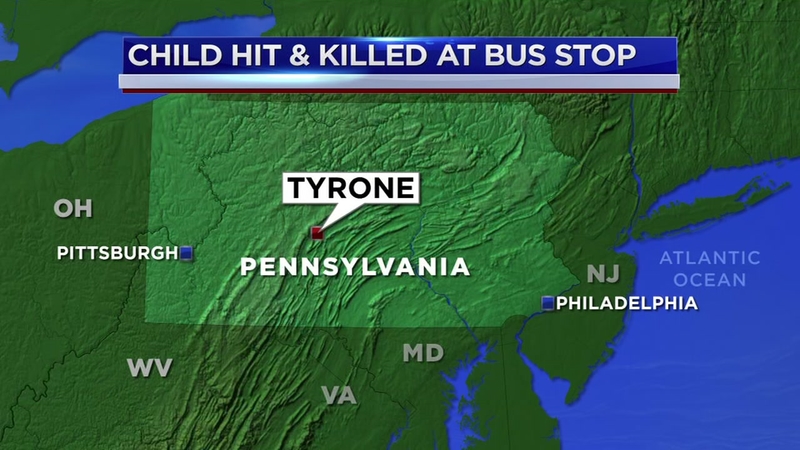 FRANKLIN TOWNSHIP, Pennsylvania (KTRK) -- A 7-year-old boy died after being hit by a passing driver at a bus stop in central Pennsylvania.

The Tyrone Area School District says the second grade student was there waiting at the bus stop when the fatal crash happened.

The bus driver on route discovered the child near the stop, called 911 and waited there until first responders arrived.

A number of tragedies involving children at bus stops have occurred this week.

On Wednesday, officials say a 9-year-old elementary school student was killed walking across a highway in northeast Mississippi.

A 22-year-old driver has been charged with aggravated assault in that case.

The day before the crash in Mississippi, three siblings were killed while they waited at a bus stop in Indiana. Another student, an 11-year-old boy, was injured.

A 24-year-old was charged in that incident with three counts of reckless homicide and one misdemeanor count of passing a school bus when an arm signal device is extended, causing bodily injury.