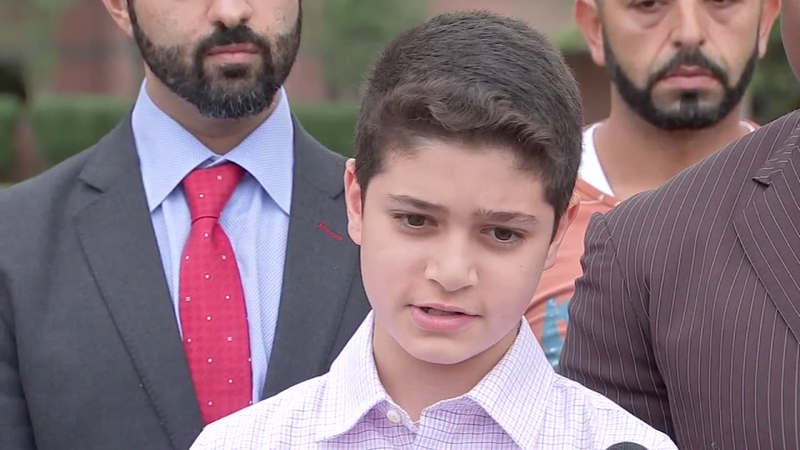 HOUSTON (KTRK) -- A teacher was immediately removed from the classroom Thursday, according to Fort Bend ISD, after an incident in the classroom. On Friday, the seventh grader, Waleed Abushaaban, his family and community activist, Quanell X talked about what they say happened.

The 12-year-old says they were in class watching the movie, "Bend it like Beckham," as a reward after STAAR testing.

Here's how the student explained the exchange:

"I was just laughing at the movie and the teacher said 'I wouldn't be laughing if I was you.' and then I said, 'Why?' She said, 'Because we all think you're a terrorist,'" he said.

The boy claims it also caused his fellow students to laugh and make jokes about bombs.

The school district issued the following statement in part:

"While the teacher reports her statements were made in the context of trying to make a point about negative stereotypes, District officials do not believe that the teacher exercised the appropriate sensitivity expected of the District's educators, and do not believe that the statements were made in a manner that is in keeping with the District's Core Beliefs and Commitments. "

The family wants the teacher to be fired. They believe the students should have religious sensitivity training. Their son is a Muslim and they say that played a role in what happened.

The teacher is on leave pending the completion of the District's review of the matter.