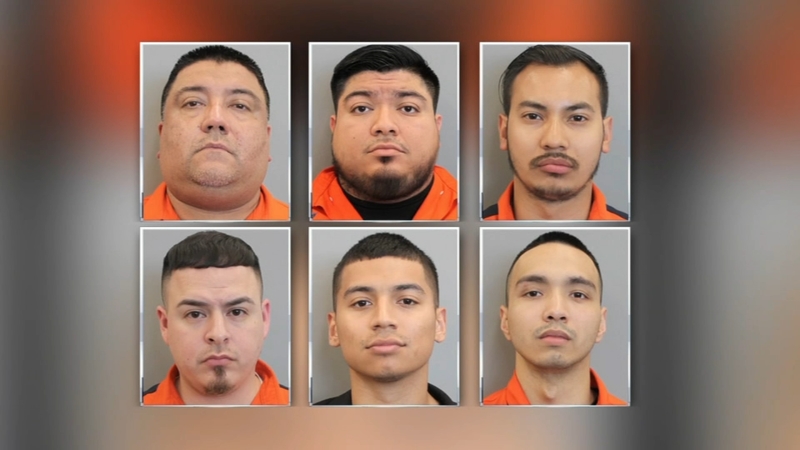 HOUSTON, Texas (KTRK) -- A man that had a physical confrontation with managers at a strip club has died.

Court records say 42-year-old Daunisoza Chamiso was choked by six employees and wasn't breathing on his own.

It happened at Micheal's Strip Club, also known as Chicas Locas, on the Southwest Freeway on July 28, just before 8 pm.

Chamiso was inside the club with his friend. They were later asked to leave because his friend had a previous dating relationship with one of the dancers.

Court records say Chamiso demanded he get his $13 cover fee back and attempted to punch two employees but missed.

Police say things escalated and six employees were all involved in wrestling him to the ground.

Things escalated from there and Chamiso was choked.

In fact, court records say he lost consciousness twice. He stopped breathing and all six men held him to the ground until police arrived.

A witness even went to a manager several times saying the employees needed to get off of Chamiso because he couldn't breathe.

He was taken to the hospital where he later died.

The district attorney's office they are waiting on the final autopsy report before making any decisions regarding other charges.