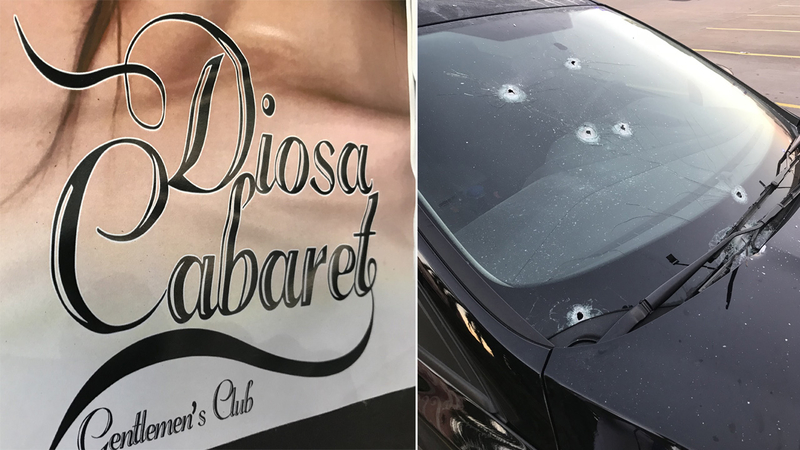 HOUSTON, Texas (KTRK) -- A customer at a strip club shot a security guard outside the business Thursday morning in north Houston.

According to authorities, Burnell Breaux, 46, was sitting in a car waiting for the last employees to leave when the suspect began walking toward him and opened fire.

Breaux's car was riddled with bullet holes. Police say the suspect shot into the vehicle at least six times.

Look at the bullet holes left in the window of a security guard’s car outside Diosa Gentlemen’s Club pic.twitter.com/QXSSj1L5tL

Breaux was shot twice -- once in the arm and once in his finger. He was taken to the hospital and is expected to be okay.

The suspect ran off down Rankin Road and is still on the loose. However, employees of the club told police they do recognize him.

Employees say nothing out of the ordinary happened between him and the guard, so they are are not sure why he went to the club with a gun.

Based on how Breaux's vehicle looked after the shooting, detectives say he is lucky he was not seriously injured.