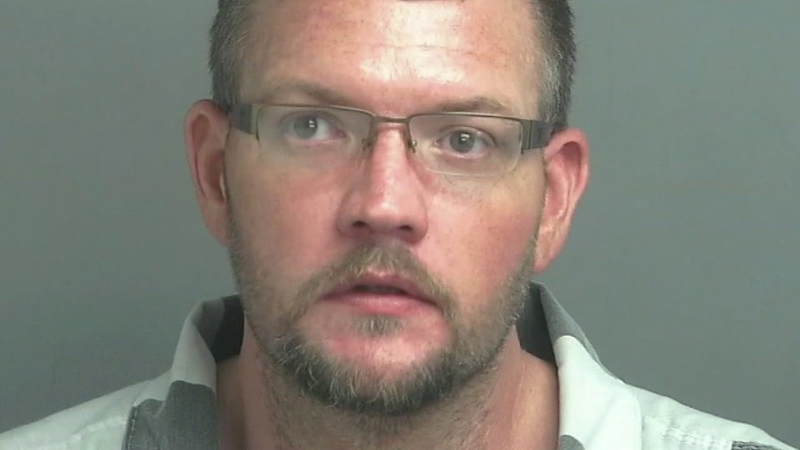 MONTGOMERY COUNTY, Texas (KTRK) -- A CVS robbery Tuesday morning was the end of the line for a man wanted in connection with a string of pharmacy robberies.

Conroe police say Patrick Glavin, 40, led police on a chase after he allegedly robbed a CVS. Glavin took off in a vehicle and headed towards The Woodlands, but was captured within minutes, police said.

The chase ended without incident. Police say Glavin did not release any information to the officers, but they were able to figure out he is the man wanted for a string of similar robberies.

"He had multiple warrants for the same type of offenses," said Sgt. Jeff Smith with Conroe police. "I was contacted early in the morning by other agencies and other agencies are involved right now. We do expect more charges from the Montgomery County Sheriff's Department."

A man is once again accused of robbing a series of pharmacies.

Police say Glavin has had run-ins with the law before and has been in and out of jail in the last few months. Although he was given bond for the robberies, he is now behind bars.

Police say in Tuesday's robbery at CVS Glavin covered his face and then passed a note to the pharmacy demanding oxycodone and other drugs.