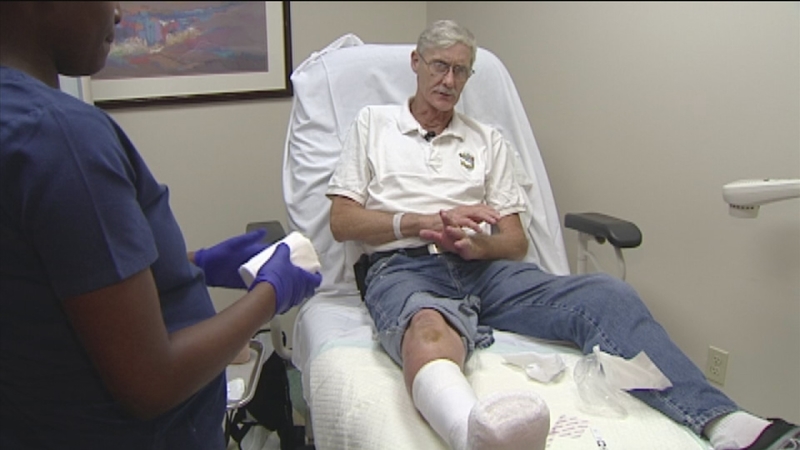 HOUSTON (KTRK) -- West Houston resident Jon Oxley walked outside of his house barefoot in the grass and cut his foot. He said he, "didn't think much of it right away."

Two days later, Oxley's foot turned black with a white border. He became concerned, "It was just like a ohh, oh doggone what was that?"

The 59-year-old went to West Houston Medical Center. Doctors say his kidneys were failing and he needed emergency surgery. Four surgeries later, Oxley lost all of his toes on his right foot. Holding back tears, he said, "That was pretty tough because at the same time as you are losing toes, you are thinking of things in your life you are losing."

Oxley was diagnosed with Strep Pyogenes, a flesh eating bacteria, similar to the bacteria found in strep throat.

Dr. Asia Lo with the West Houston Wound Center described the bacteria as, "the same strep. But it was a more aggressive type." She continued, "The bottom line, when you go outside, don't be barefoot. If you do get a puncture wound, go and see an ankle specialist."