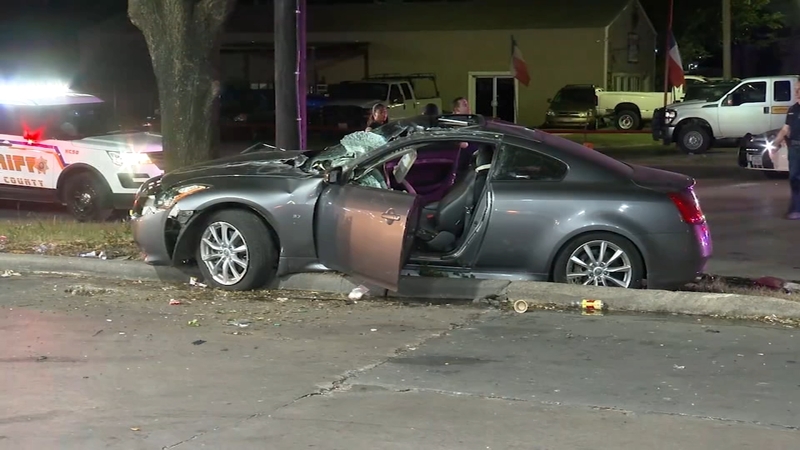 HOUSTON, Texas (KTRK) -- A driver was taken into custody after he was spotted racing down I-45 and Gulf Bank.

Harris County deputies were leaving the district attorney's office when they saw two cars racing at speeds over 100 mph.

Deputies tried to pull over one vehicle, but the car went to exit the freeway.

Deputies say the car hit the curb, then clipped the back end of a garbage truck and hit a tree.

The driver and his passenger were not hurt and the driver was taken into custody.

"If you're driving 100 mph, it's obviously an unsafe situation," said Sgt. David Angstadt with the Harris County Sheriff's Office. "If you're going to be stopped by police, it's always easier just to pull over."

A deputy's vehicle also hit the curb, but she was not injured.