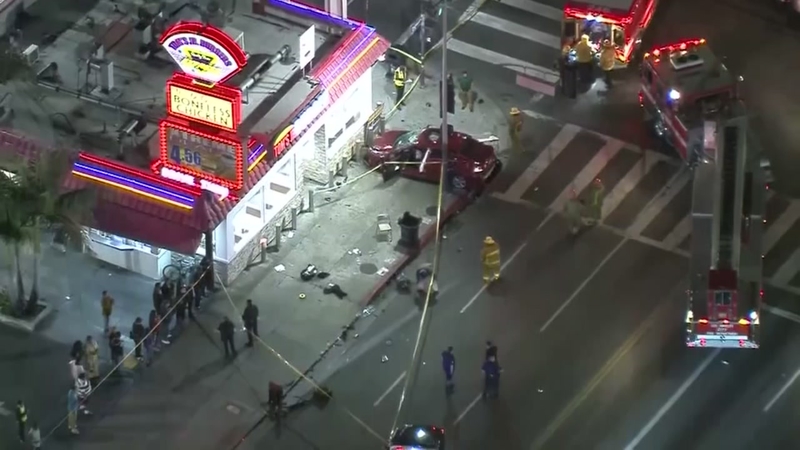 LOS ANGELES, California -- Two young girls are in critical condition after a horrific crash in Los Angeles earlier this week.

That car went crashing into a utility pole, leaving the two girls in critical condition.

The driver of one of the racing vehicles was also taken to the hospital, but the other driver did not stop.

A man who witnessed the crash says its an image he'll never get out of his head.
Report a correction or typo
Related topics:
californiachild injuredstreet racingu.s. & worldhit and run accident
More Videos
From CNN Newsource affiliates
TOP STORIES