BEER CAN BEATING: Houston store clerk wants to send message to two men who attacked him 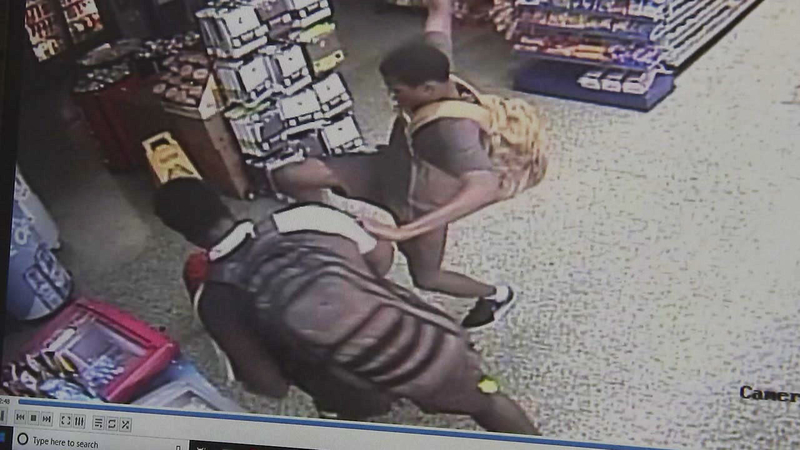 HOUSTON, Texas (KTRK) -- A clerk was left bloody and beaten after surveillance video shows he was attacked with beer cans.

For 20 seconds, two suspects repeatedly kicked and punched the victim. Using his arms, the clerk protected his face as much as he could.

But the protection went away when the suspects grabbed beer cans. Using those as weapons, they slammed the cans into the clerk's head.

The brutal attack happened a month ago, but the victim still hasn't seen it.

"I don't want to," Tulsiram Basyal said. "I'm scared because I don't want to remember that situation. That makes me more frustrated and weakness. So it's better not to see the video."

A month later, the only sign of the attack you see on Basyal are the stitches on his head. A much different look than after the beating.

"There was blood everywhere on the forehead, and especially on the left hand side," Basyal said. "They punched this surrounding area. It was swelling."

The suspects took off with the clerk's car. Police found it days later.

Inside, one of the suspects left behind his license. Police arrested Quindarrion Zeno this week and charged him with robbery.

Although one of the suspects is behind bars, Basyal said he can't return to the Stop n Go.

"I can't go there to work again the same place because it's scary for me," Basyal said.

In the video, you see Basyal chatting with the suspects before he opens the door. He said he recognized one of his attackers, and didn't feel unsafe.

Although they left him bruised and beaten, his message to them: find faith.

"I wish nobody hurts like me with them, so they need to teach that God gives them blessings to be honest, better, and bright future life for their coming days," Basyal said.

While police look for the second suspect, Zeno will be back in court Monday. His bond was set at $20,000.