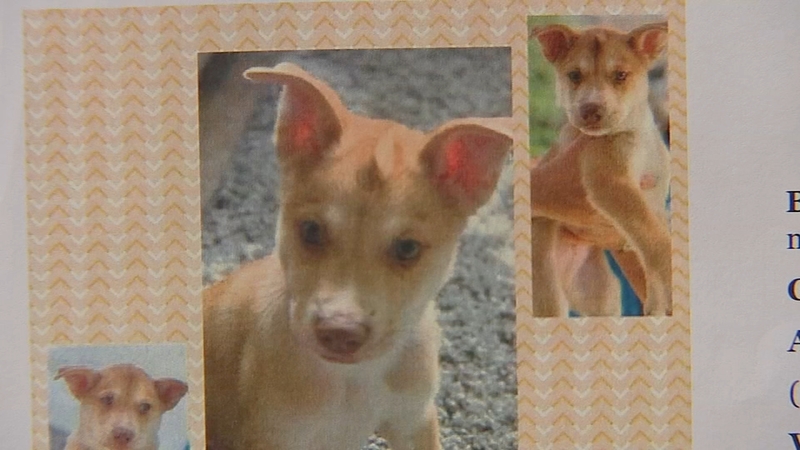 HOUSTON, Texas (KTRK) -- A puppy was minutes away from being picked up by his adoptive family when he was stolen from a local animal rescue.

On Saturday, during K-9 Angels Rescue busiest time of the day, staff member Sherri Sera said they realized a puppy was missing.

"A volunteer, she came to me and she said, 'Someone just stole a puppy. We're missing a puppy.'" she recalled. "I said, 'What did it look like? Is it blonde with pointy ears?' and she said 'Yes.' I said, "I think I saw the woman who took it. They're gone.'"

Staff said two women were in the "puppy room" that has a gate in the doorway. She said one of the women tried to leave the room with a dog, but a volunteer stopped her. During that time, they believe the other woman was able to get away with Weston, a nine-week-old Husky/Samoyed mix.

Sera said she was outside when it happened and saw the two women get into a car that took off.

"(It) never occurred to me that someone would be stealing a puppy," Sera said.

They believe if the volunteer had not stopped one woman, both dogs would be gone.

Staff is worried because Weston does not have all of his shots yet and they also fear he might be sold.

The rescue put out a desperate plea on Facebook to get the dog back.