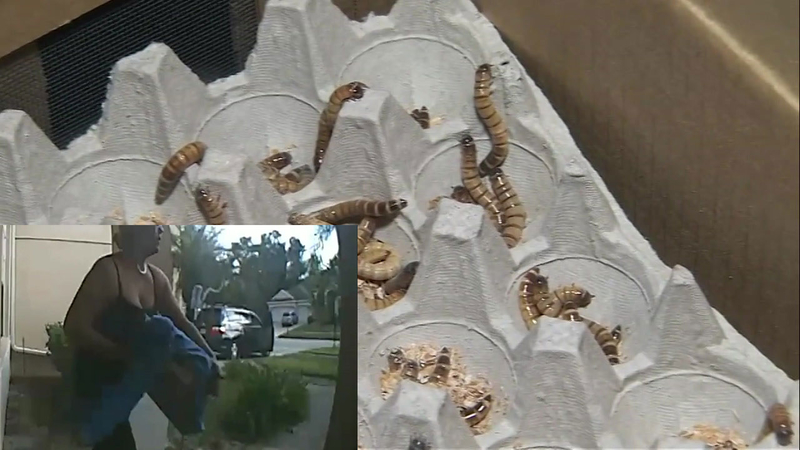 Woman accused of stealing package unleashes can of worms

APOPKA, Florida -- A suspected package thief learned the hard way that the gift she thought she had scored was actually a package full of worms.

Footage captured from Shelley Draves' doorbell camera appears to show the suspect using some sort of material to grab the package. She then is seen walking off with the box full of super worms.

"You can tell she didn't even look," Draves told WFTV. "She was just looking for packages."

According to police, the suspect later dumped the stolen package in the trashcan once she saw its contents.

Draves says the worms in the box were meant to be Thanksgiving dinner for the family's bearded dragon.

With Christmas approaching and as everyone begins receiving their gift orders, residents in Draves' neighborhood are now on high-alert.

"You keep hearing of all these people getting packages stolen," said Draves' neighbor Trish Luddy. "We've had packages in the past that disappeared, and we don't know if they were lost by the post office or if someone took them."