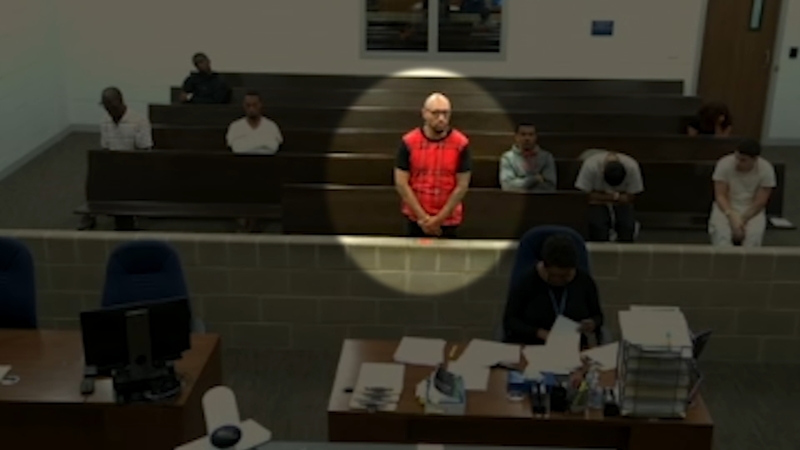 A woman throwing up out of the back of a car led deputies to stolen mail arrest.

HOUSTON, Texas (KTRK) -- A Harris County man has been arrested and charged with stealing about 50 pieces of mail from residents of apartment complexes.

Arresh Kavakebi is currently in the Harris County Jail on a $10,000 bond.

Over the weekend, Precinct 5 deputy constables noticed a car being driven near Kirkwood and I-10 where the back passenger door was open. A woman was seen vomiting out of the car.

Deputies pulled the car over. The woman was taken to the hospital for medical treatment.

However, deputies discovered that the car was stolen. They also found around 50 pieces of mail inside the car driven by Kavakebi.

Court records show most of the mail was from the Arcadian apartments off Highway 6 in Sugar Land.

Investigators found a check belonging to one resident inside Kavakebi's wallet. They also found a master key that could be used to open mailboxes en masse.

"Why do you think you can go steal somebody else's stuff?" Stacy Holmes, one of the residents whose mail was stolen, said Tuesday morning. "It makes (some) want to go ahead a bust you up a little bit."

Holmes had no idea until ABC13 showed him a court document listing him as a victim that he may be missing some mail.

Kavakebi is listed as living with his mother, and when we knocked on her door, she defended her son.

"He helped homeless, and the homeless come here," she said. When asked about stolen mail, she seemed to blame homeless people, saying, "They carried all kinds of bags!"

Records show this is not Kavakebi's first brush with the law. He has a few minor convictions on his record. However, this case involving mail theft is a felony, and Kavakebi could go to prison if convicted.