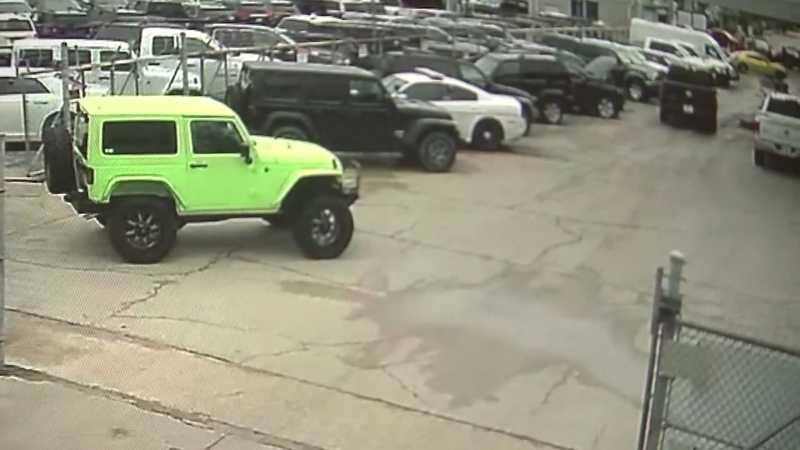 HOUSTON, Texas (KTRK) -- Authorities are on the hunt for suspects who stole two vehicles from an auto dealership in River Oaks.

The owner believes an older model silver Chevy cased the lot the day before.

"Either he's a great hot wirer, they had insider information, or they were able to grab keys, pick some locks or something of that nature," said owner Alan Helfman.

Four men in a white Tahoe were somehow able to unlock the doors and drive off the lot in two vehicles.

The cars were taken in the middle of the day. Surveillance cameras at the River Oaks Chrysler Jeep Dodge Ram on Kirby shows the suspects' vehicles.