Stepdaughter of UFC fighter was shot after she 'went for the gun': Court documents 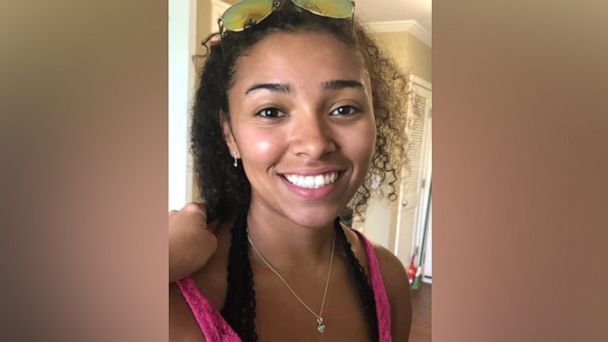 ABCNews
By EMILY SHAPIRO
The suspected killer of Alabama college student, Aniah Blanchard, said he shot her after she allegedly "went for the gun," according to court documents.

Blanchard, the 19-year-old stepdaughter of Ultimate Fighting Championship (UFC) fighter Walt Harris, was last seen at a convenience store in Auburn on Oct. 23.

Ibraheem Yazeed is accused of abducting her from that store and shooting her to death, according to Lee County District Attorney Brandon Hughes.

After Blanchard disappeared, an unnamed individual told authorities that Yazeed was at a home in Montgomery with Blanchard's car, according to court documents.

"Yazeed admitted to shooting a girl, and stated the girl 'went for the gun,'" according to statements made by the same individual in court documents against Yazeed.

After a month-long search, including rewards offered from Harris' UFC colleagues, Blanchard was found dead on Nov. 25 in a wooded area of Shorter, Alabama.

Blanchard died from a gunshot wound and her death was ruled a homicide, authorities said.