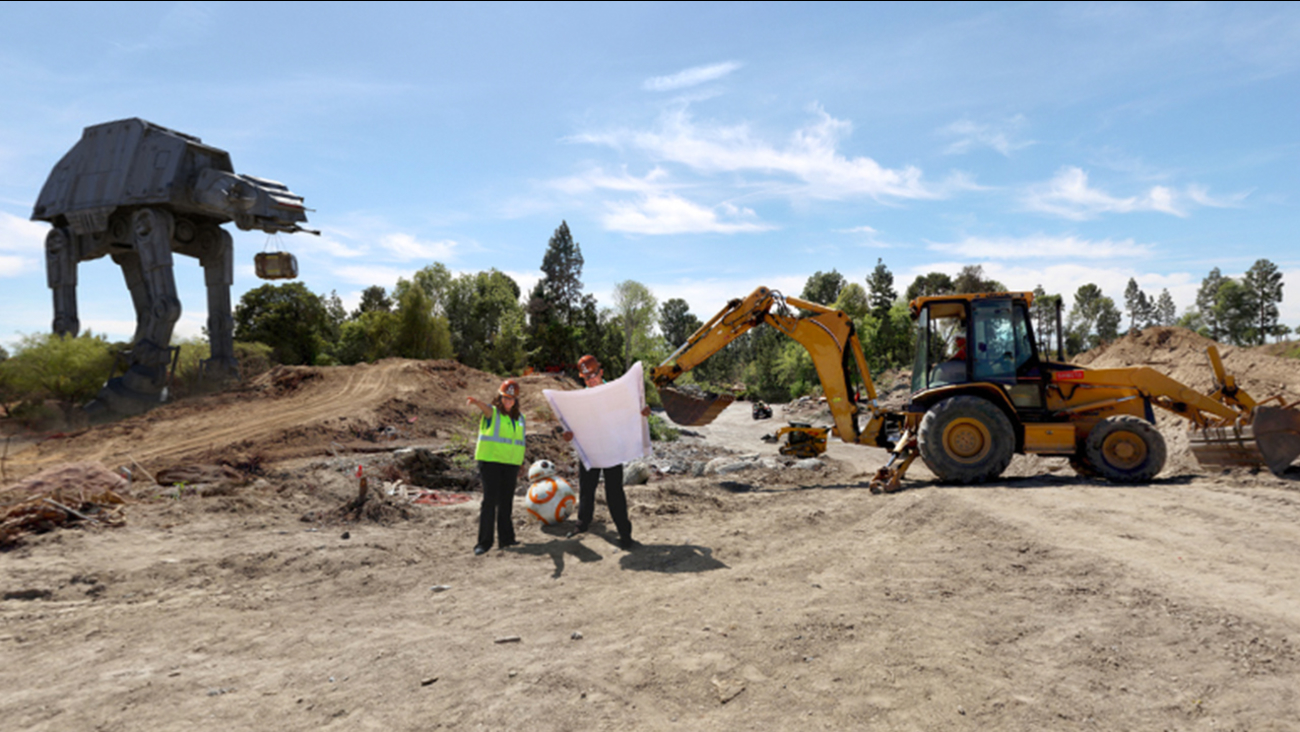 Check out a 360-degree look at the groundbreaking of the new "Star Wars"-themed land at Disneyland. (Disney Parks and Resorts)

This is the theme park you're looking for.

The Disney Parks blog released an immersive, 360-degree video on Thursday of the official groundbreaking of the Star Wars-themed land at the Disneyland Resort. The video features lovable droids R2-D2 and BB-8 roaming the construction grounds and even X-Wings lending their aerial support to build the highly-anticipated attraction at Disneyland.

"In these all-new lands, guests will be transported to a never-before-seen planet inhabited by humanoids, droids and many others," according to the Disney Parks blog. Star Wars-themed lands will be the largest-ever single-themed land expansions at Disneyland Resort and Walt Disney World Resort."

To take your intergalactic sneak peek at the park's construction, download the Littlstar app and search for "Star Wars-Themed Lands Groundbreaking" and watch this video using Google Cardboard or a similar viewer.

Don't have a Cardboard? Head over to the Disney Parks Blog to watch the video in 360. Be sure to touch and drag the screen or move your device around!