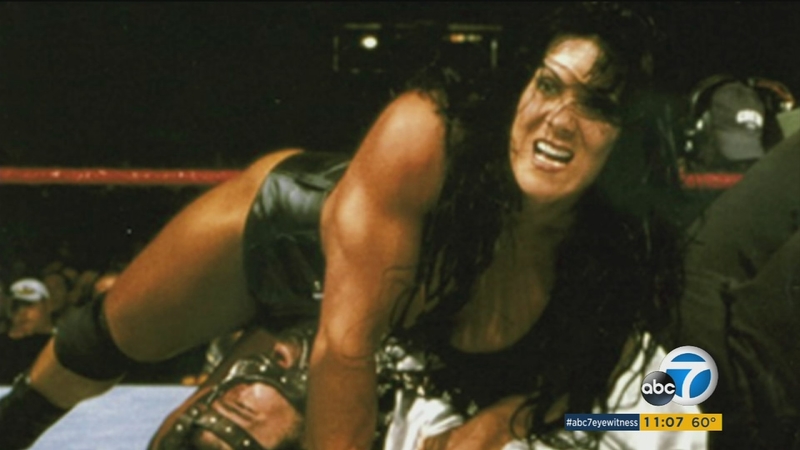 REDONDO BEACH, CA -- Former professional wrestler and actor Joan Laurer, better known as Chyna, died from an accidental overdose of prescription pills, according to her manager.

Chyna's manager Anthony Anzaldo told our sister station ABC7 she misused her legally prescribed Ambien and generic form of Valium over the course of two to three weeks.

"She didn't intend to die," Anzaldo said. "It was accidental 100 percent."

Anzaldo also said no alcohol or illegal drugs were located in her Redondo Beach apartment in the 900 block of Esplanade.

The prescription pills were on Chyna's nightstand when Anzaldo found her body on April 20, Anzaldo stated.

"I could see how it could happen," Anzaldo explained. "Valium, it shuts down your short term memory. So by the time eight or nine days were in the mix, she didn't know what she was doing anyways."

"For years on end, as long as she took her medication properly, she was fine," Anzaldo continued.

Chyna rocketed to fame as a wrestler in the World Wrestling Federation (WWF) from 1997 to 2001.

She began lifting weights in her hometown of Rochester, New York, at the age of 15, and at one time could reportedly bench press 325 pounds.

Chyna was open about growing up in a home with alcoholism and would later have her own documented struggle with drugs.

In 2007, viewers saw a different side of Chyna when she appeared on the reality TV show "The Surreal Life." She also appeared on "Celebrity Rehab with Dr. Drew" the following year.

IN MEMORIAM: Celebrities and notable figures who have died recently


Chyna later pursued a career in the adult film industry, stating her first adult film gave her a newfound confidence to get back on her feet.

She also posed in "Playboy" magazine and had a New York Times' best-selling autobiography titled "If They Only Knew."

Anzaldo said Chyna's body will be cremated and a memorial for the former champion was being planned.

An official cause of death has not been released by the Los Angeles County Coroner because the results of toxicology tests were pending. The results could take months to finalize, according to officials.
Related topics:
californiawrestlingcelebritycelebrity deathsprescription drugs
Copyright © 2021 KABC-TV. All Rights Reserved.
TOP STORIES
Arrest made in case of Alvin abduction, sexual assault of a minor
20-year-old shot to death during break-in of Conroe home, police say
Man accused of dismembering mom's body after murder appears in court
Houston Astros on pace for record beer year
Astros Game 6 guide: Closures around Minute Maid Park back on tonight
JJ Watt on Texans: 'It hurts me to see where' fan base is now
Don't get stuck in these traffic closures this weekend
Show More
Warrant: Baldwin didn't know weapon contained live round
Prop guns: What they are and how they can kill
4 teens accused of luring victim to his death in SE Houston
SkyEye13 captures video of Bay City funeral home destroyed in fire
Peter Scolari, 'Bosom Buddies' and 'Newhart' star, dies at 66
More TOP STORIES News