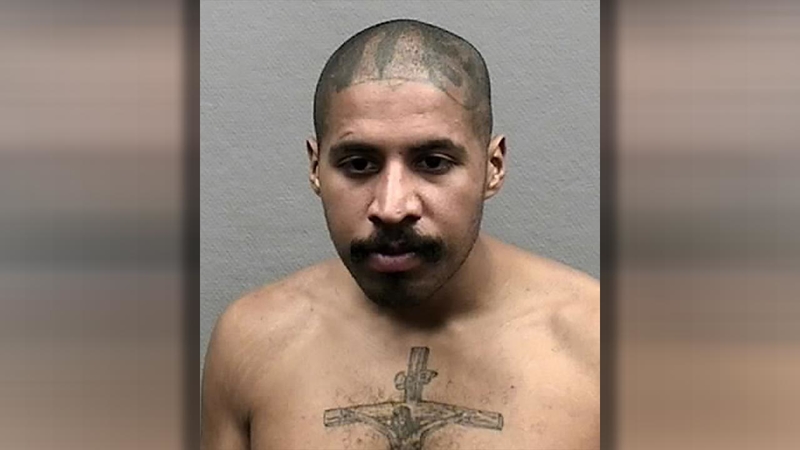 HOUSTON (KTRK) -- Michael Jones appeared in court Thursday morning, facing the disturbing charge against him. He's accused of committing a random act of violence against a teenager, Ricky Davila, at a Houston burger restaurant.

"He was just ordering a burger during the holidays and this is what happened to him," said prosecutor Casey Goodman.

Prosecutors say Jones went up to Davila and began stabbing him over and over again with a pocket knife, wounding him at least 10 times in the back and in the chest. The attack was caught on camera.

"He's caused serious injury to somebody with a knife, and we believe he is more of a threat to the community," Goodman said.

In court, the judge heard enough to raise Jones' bond to $75,000. Jones' attorney said his client has a history of mental illness including agoraphobia -- a panic disorder involving fear of being in public places -- and adjustment disorder.

Davila's best friend said Davila was in pain and out of surgery. On Thursday the prosecutor said doctors said the star athlete may never walk again.

"Looks like he's going to pull through, but he's maybe paralyzed from the waist down," Goodman said.

The judge also ordered a number of no contact measures, if Jones can post bond. One part of those orders says Jones can't possess a knife unless he is using it to eat.

Members of "Safe Walk Home Northside," a volunteer-based, grass-roots neighborhood patrol program created in memory of young stabbing victim Josué Flores, demand officials act to rid the near northside community of homeless shelters, halfway homes and flop houses that they say have plagued their neighborhood. Flores was fatally stabbed in the area when walking home from school last May.