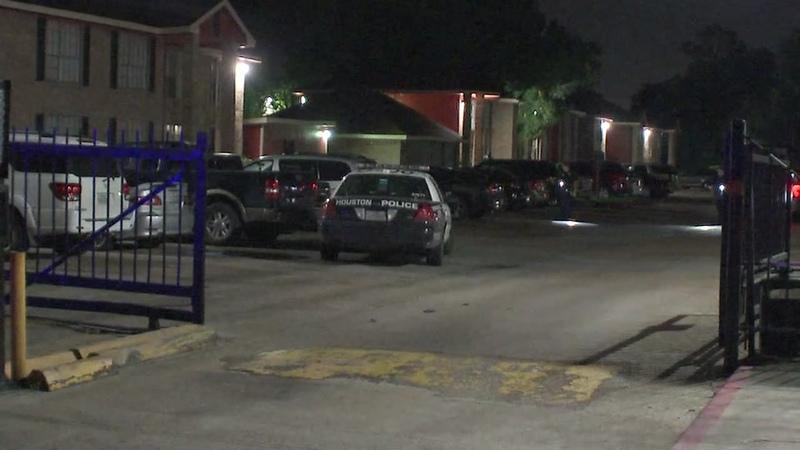 HOUSTON, Texas (KTRK) -- Police say a suspect used a kitchen knife to stab a man and a woman during an argument over a towed rental car in northeast Houston.

It happened around 3:40 a.m. Thursday at the Parker Square apartment complex at 10300 Shady Lane.

Authorities say the suspect loaned the rental car to the couple. The vehicle was towed while it was in their possession.

They returned to the apartment complex and told the suspect what happened. That's when officials say he grabbed a kitchen knife and started stabbing them.

Authorities say the kitchen knife broke during the stabbing, and the weapon was left lying in the parking lot.

The 32-year-old male victim was stabbed multiple times all over his body. The 34-year-old woman was stabbed at least once in the chest.

"The people in the apartment complex heard a lot of screaming and a lot of yelling. They could tell something very bad was going on in the parking lot, so that's why they called us," HPD Lt. Larry Crowson told ABC13.

Both victims were taken to the hospital with non-life threatening wounds.

The suspect is still on the run. Authorities don't believe he lives at the complex.

His name and his description have not been released.

Anyone with information about the case is asked to contact the HPD Major Assaults & Family Violence Division at 713-308-8800 or Crime Stoppers at 713-222-TIPS.