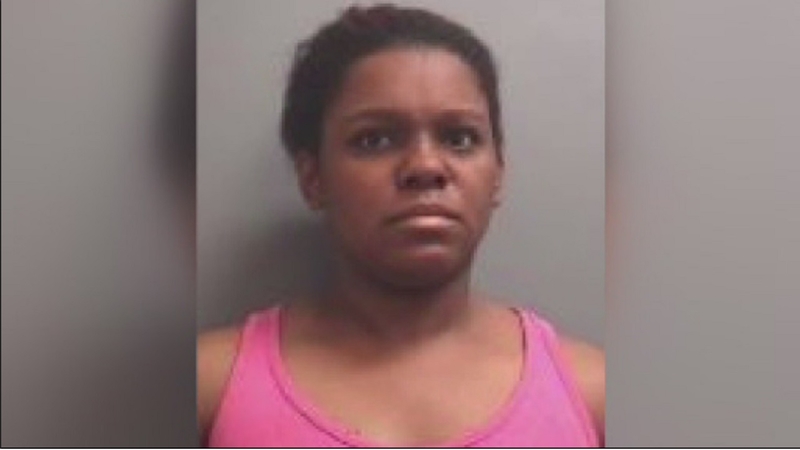 LA PORTE, Texas (KTRK) -- The father of a woman charged in a violent attack on a neighbor is asking for forgiveness.

"I am truly sorry about this," said Rick Boulden.

She is charged with aggravated assault after an attack on a neighbor who police say was checking on Carter's well-being.

Investigators say they responded to the 1200 block of Montana Street around 10 a.m.

That's where they say Carter was yelling outside her father's home.

Police say when the 38-year-old female neighbor walked outside to check on the woman, Carter went back inside and allegedly grabbed a knife.

"I think that set her off, she came in and grabbed the weapon and attacked her," said Boulden. "If I had any indication whatsoever that she was a threat I would have dealt with her sooner and differently."

He tells Eyewitness News his daughter moved down from Georgia one month ago and he was trying to help her get settled in La Porte.

"Never expected anything like this," he says, but admitted Carter has been dealing with internal battles. "I think my daughter has some undiagnosed mental health issues."

He described her episode Thursday morning as erratic.

Police say she was running in and out of his home screaming.

A trail of blood from the neighbor's porch to the street shows where a good Samaritan stepped in by dragging the victim across the street, police say.

"There was a gentleman who saw the attack occur and he intervened and we're very grateful to him as I'm sure many other people are."

The victim, who neighbors say just had a baby five weeks ago, remains in the hospital with multiple stab wounds.

Police say she is expected to live.

Boulden says he will do whatever it takes to make things right with his neighbor.

"Whatever I can do to atone for it I am more than happy to do," he said.