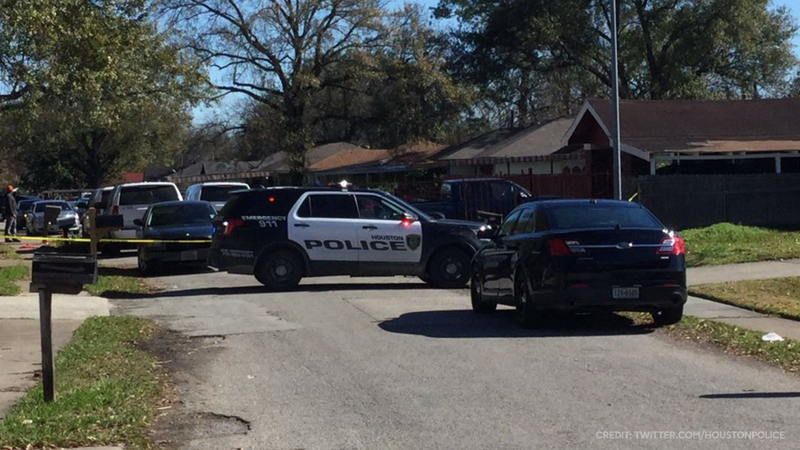 HOUSTON, Texas (KTRK) -- Two women were found stabbed to death inside a home in northeast Houston, according to police.

The bodies were found around 9:30 a.m. Monday at 6922 Peyton Street near Homestead Road.

Police say the fiancé of one of the victims left the home to go to work around 7 p.m. the night before. When he returned, he found the bodies near the door.

Det. Nina Sharp told ABC13 one of the victims lived at the home and the other was a close friend who was visiting. Sharp said both victims appear to be in their 40s or late 50s.

According to investigators, a male relative may have been with the women when they were stabbed.

Detectives are searching for a person of interest, who is believed to be driving a silver 2017 Toyota Camry with Texas license plates LWH-3931.

OurHomicide investigators and PIO are at 6900 block of Peyton where two females were found deceased in a residence about 930 a.m. Both appear to have been stabbed. Homicide investigator will brief media at the scene at 12:45 p.m. Staging area is Peyton and Camway. #Hounews pic.twitter.com/3QErb3dLKf

Investigators are asking anyone with information to call the HPD Homicide Division or Crime Stoppers at (713) 222-TIPS (8477).