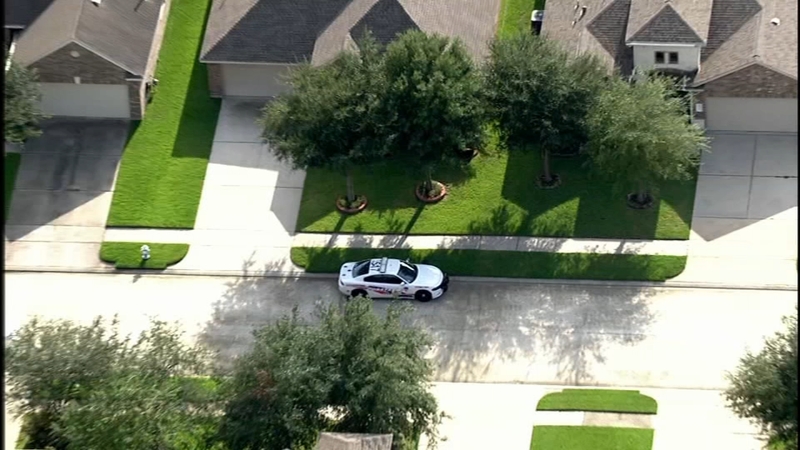 SPRING, Texas (KTRK) -- Deputy constables are looking for a group of intruders who attacked a man inside his own home.

The Harris County Pct. 4 Constable's Office said four men armed with a gun and a machete stormed the home in the 20300 block of Little Wing Drive just after 4 p.m. Monday.

Two of the suspects actually made it inside, where they punched one man in the face, according to deputy constables. We do not know his condition.

Two other suspects fled the scene in a car while the scuffle with the homeowner continued.

We tried speaking with another man who lives at the home, but he was shaken and didn't want to talk, saying, "We've been through enough already."

A neighbor said this kind of incident is beyond anything he's ever seen.

"Unbelievable. Nothing we ever predicted would happen here," the neighbor said. "Very surprised. It's...it's unsettling to think you're home and safe, and this would be the place to be."

Constable Mark Herman tweeted Monday afternoon that deputy constables are collecting evidence at the scene that will be sent for forensic testing.

*NOW- Deputies are investigating a home invasion in the 20300 block of Little Wing Drive where 4 males armed with a firearm and machete broke into a residence and assaulted a home owner.

Deputies are collecting evidence left at the scene which will be sent for forensic testing. pic.twitter.com/HZOMkaFDd4